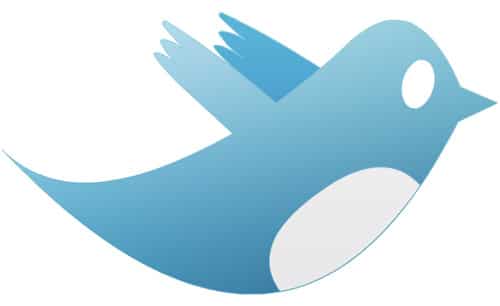 Twitter is undoubtedly one of the best places to promote the blog posts you write. It can also be pretty fickle. The problem with Twitter is that content flies past users at an extremely fast rate, and for every awesome post being tweeted, there are ten (probably more, really) ridiculous retweets that aren’t interesting or helpful. In other words, there’s a lot of crap on Twitter, and your posts can easily be lost in the shuffle. 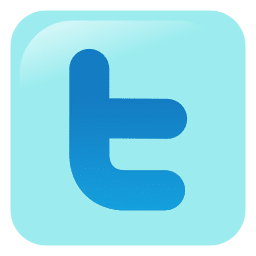 I don’t like people who write link bait for the sake of driving traffic. It should go without saying that you need quality content. Otherwise, any content that you drive to your blog won’t stick. People won’t trust you and likely won’t come back again.

But beyond writing great content, what can you do to increase the chance that your post will gain a little traction on Twitter or even go viral? Here are a few tips you can keep in mind:

This seems like a no-brainer, but keep in mind that your headline doens’t have to be something super shocking. It just has to be something that people want to share. In addition to writing a good headline, keep in mind that Twitter has a character limit. People forget this so often! Keep your titles on the shorter side so that people can add their own comments when retweeting. Remember, your initial tweet should be well under 140 characters so people can edit easily.

People like to share content when they’re involved. One of the things I do every week is attend #blogchat and discuss two or three of my favorite tweets made during that group discussion. Afterward, the people who I’ve mentioned in my posts always retweet the link, and most have friends who retweet it as well. You don’t have to specifically discuss things that have been said on Twitter, though. You can also just discuss general things a person has said on his or her blog or via a comment, forum post, etc. When you send out the tweet about your post, make sure to @ reply the person/people so they know they’ve been mentioned.

I find it to be an ultimate success not when someone retweets one of my links but when they actually pull a quote from the post and tweet that with a link back. Good content should automatically create tweetable quotes, right? Not necessarily. The character limit comes into play, and if there’s not a definitive one-sentence statement that makes someone shout, “YES! EXACTLY!” when they read it, you aren’t writing a tweet-able post. It could be the most amazing post in the world, but that doesn’t mean there are tweet-able quotes in it.

Twitter is all about interaction, so posts where this is highlighted tend to do better than non-interactive posts. Of course, every blog post is interactive (assuming you have comments turned on), but for example, if you ask for opinions from readers, like I’m about to do, it entices people to get involved, which is the spirit of Twitter in the first place. Strong opinion pieces do the same. If the post doesn’t lend itself well to comments, it likely won’t lend itself well to Twitter either, though this does vary depending on niche.

Twitter posts that are extremely personal and emotion always spread well. That doesn’t mean you need to make your readers cry every time they log online. Hell, look at this post. I think it’s a pretty useful topic with a good headline, but it isn’t emotional. That’s okay. Sprinkling in emotional posts, however, is a great way to get a little Twitter love. Don’t be afraid to bare your soul, at least a little, when writing a post. Also, keep in mind that “emotional” doesn’t just mean sad. It could be heart-warming in a happy or funny way instead.

Before I turn the floor over to you guys for your best Twitter content-writing tips, I wanted to mention a few ways that I do think content can suck for Twitter. This doesn’t necessarily mean they are bad posts – they just are less likely to get Twitter traction. As you’re determining your editorial calendar or deciding what to write for the day, think about how you’re mixing in these types of posts.

A few other things I hate to see on Twitter:

And of course, it bears saying it again: content that doesn’t deliver. Write awesome content. That always needs to be #1.

Earlier today, I gave you the first seven reasons people are ignoring your tweets. The title promises 14 tips though, so here’s the other half of the list. This half is just as important as the first half, so make sure you read both posts!

Because I made you wait for the second half, here’s a bonus twitter tip for you: If you want people to retweet your links, be approachable. In my opinion, the number one way to ensure this happens is to avoid using Twitter as your personal outlet for complaining. When someone is always in a bad mood on Twitter, constantly complaining or being negative, it makes me less likely to interact with that person. Be happy! Be positive! If you’re a likable, approachable person on Twitter, people will want to be your friend, and they’ll want to retweet everything you say.

Allison Boyer is a writer for BWE’s blog and the owner/manager of After Graduation. She’s currently twoting all over the place. Don’t you twitter-stand?