Scott Henderson is not a milblogger, he’s a Transformer. No, not like in the movies, but a person who helps companies and non-profits transform themselves online so that they can transform their growth. In the Milblog Track, he’s going to be discussing the changes and opportunities on the way for milblogs and milbloggers. 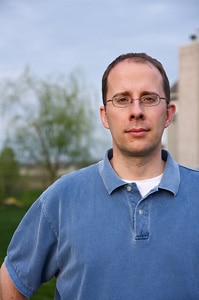 His bio is as follows:

During his fourteen-year professional career, Scott has been a major gift fundraiser, foundation executive, magazine editor, marketing consultant, and president of a capital campaign firm. Today, he is the cause marketing director for Indiana-based MediaSauce, helping corporations and non-profits create and implement online strategies to achieve transformational growth.

Recent accomplishments include the creation and launch of www.pledgetoendhunger.com, which helped Tyson Foods deliver 560,000 meals to four different cities for children in need, raised $28,000 for Share Our Strength, and assembled an army of nearly 5,000 childhood hunger awareness champions.

MediaSauce is a full service marketing and communications firm whose strategic philosophy positions the online space at the center of communications in order to create and sustain open dialogue and lasting relationships. Clients include The Nature Conservancy, Indiana Pacers, USA Diving, Samaritan’s Feet, and University of Chicago.

You can hear him speak at 4pm on Thursay 15 October on the “Getting the Picture: What’s Next for Milblogs” panel.