At BlogWorld and other such conferences, we’re completely immersed in all the geeky new media stuff we know and love. But BlogWorld is only a few days every fall and spring. The rest of the time, we’re scattered across country and around the world where most people don’t understand what we do or why we do it. Perhaps that is partially our fault. For most of us, there’s an element of new media shame in our lives – and until that changes, we’re still going to have a hard time being taken seriously. 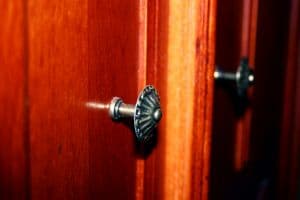 In the New Media Closet

Despite the fact that new media is a part of most people’s lives, we still hesitate to admit it. “Oh, yeah…I’ve heard of Farmville,” we say, even as we sneak online during the work day to water our crops. “I’m a writer,” we say, because we’re afraid that blogger doesn’t sound professional enough. “I’m occasionally on Twitter,” we say, though our definition of occasionally might be different than most considering that we average 50 tweets a day.

If you want the best example of new media shame, just look at online dating. I believe it is Match.com’s commercials that report that one in five relationships now start online. One in five! That’s 20%! Yet, people don’t like to talk about it, as though it is somehow shameful to fall in love with something that you’ve met through an online dating site. People lie about how they’ve met, or if they do  admit that they’ve met online, they say so with a  bit of apprehension, nervously hoping that those who are listening don’t freak out. “Oh, how did you and Joe meet?” “Actually…believe it or not, we met online…” This is usually followed by lots of justifying factors. We talked for a long time first. My friends told me to check it up. I signed up as a joke, but it worked out. It’s better than meeting in a bar.

Why do we have to justify it? If we meet someone at the grocery store or through mutual friends or even at the bar, we just say that and everything is fine. Meeting online is still somewhat shameful, though. And I’m not sure why?

This isn’t just about online dating, though. I consider a lot of you out there my good friends, even though we only see one another in person once or twice a year – if at all. There’s an element of shame to the new media world in general, as though it isn’t kosher or we’re doing something wrong. It’s a constant reminder to me that the new media world, even as it is becoming more mainstream, is still on the cutting edge of how we relate to one another, promote products, share news, market ourselves, and more.

Proof of that is perhaps the fact that the words blog, blogger, and blogging still get the red squiggly line in my (albeit older) version of Microsoft Word.

Stand Up, Be Proud

The only way we can change this, make it less shameful to be a part of the new media world, is to stop hiding in the closet. We have to stop considering blog a four-letter word if we want others to give us the same respect. I’m as guilty as the rest of you. When someone asks me what I write, I rarely admit that I’m a blogger unless pressed. In the back of my mind, I always cringe, thinking that people are going to envision me pouring my heart out about what I had for lunch on my LiveJournal.

But here’s the thing – if they are thinking that, their perception isn’t going to change unless I correct them. And I’m the perfect person to do that, just like you are. We are successful business people making money as bloggers and social media marketers. We all have stories about how we’ve helped readers or met really amazing people online, as well as the cool opportunities we’ve received, like interviewing celebrities in our fields or getting free products to review, simply because we have a popular blog or a high Klout score. If we attribute that to blogging and social media, rather than saying we’re writers or website owners or whatever more “acceptable” term we use, the perception of the new media world might start to change.

I’ll start. My name is Allison, and I’m a professional blogger and web content writer. I’ve met past boyfriends through online dating websites. I use Twitter regularly. I like to check-in via Foursquare and Gowalla. Some Saturday nights, I would rather chat with my online friends than go out to the bar. I think online gaming is cool. I have a Facebook app on my phone. Most of my work meetings are via conference call on Skype or webinars on GoToMeeting.

And I love my new media life.

So it’s your turn. Feel free to tell us here, but what is more important is that you get outside of the BlogWorld community and start standing proud as someone who’s immersed in new media. If we all talk about it more with a sense of pride, the perception will start to change. And who knows – you might connect with others who love new media also, but who were also afraid to admit it publicly. 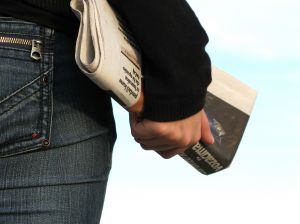