If you’re a blogger who wants to find a new audience, why not consider writing for The Huffington Post? Easier said than done, right? Not if you’re part of the NMX community!

The Huffington Post, with its 50 million unique visitors per month (Comscore, November 2012), is a powerful platform. We’re excited to offer content creators the chance to submit their posts directly to Ariana Huffington. We’re talking direct access here, so don’t miss out on this amazing opportunity.

This is a unique opportunity for our NMX community, so don’t miss out. Email your submission for consideration and you just might make it onto one of the most popular blogs out there. Good luck! 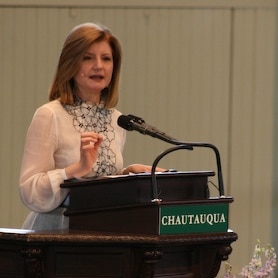 Today, I am saying something that I thought I’d never say: freelance writers don’t deserve payment. Before I start getting hate mail, let me explain. I don’t mean all freelance writers – just the ones in this story.

Earlier today, former Huffington Post blogger Jonathan Tasini filed a class action lawsuit against The Huffington Post, AOL, and co-owners Arianna Huffington (pictured at left) and Kenneth Lerer on behalf of thousands of writers who have blogged for the online publication over the last several years. He’s asking for $105 million, about a third of the site’s sale price in the recent AOL deal, which comes out to about $11,500 per writer (if split evenly, though I’m sure it would be based on post count). To date, they haven’t seen a dime.

According to Tasini, the bloggers working for the site “are merely slaves on Arianna’s plantation. We do all the work and she won’t share a dime.”

Here’s the key point he’s missing, though: slaves are forced into labor. Not a single blogger at The Huffington Post was forced to write anything or, as far as I know, led to believe that they would ever get paid. I actually looked into getting a blogging job with them several years ago and decided against it for that exact reason – they weren’t offering payment.

What The Huffington Post offered bloggers was exposure. They gave writers the ability to blog about topics they enjoyed at a site where there was built-in traffic (i.e., the site already had traffic, it wouldn’t be like starting a new blog where you’re relatively invisible). In my experiences, “exposure” is rarely worth the work you do, but that’s a choice everyone has to make for themselves. I’ve certainly taken jobs at lower rates than I would normally accept because I knew it would be good exposure or look good in my portfolio. Doing so doesn’t mean that I have the right to sue later because I see someone making money from my work.

Look at it this way: Let’s say that I’m building a restaurant and I find someone willing to sell me beautiful tiles for $100 when it would typically cost several thousand. Years later, if that restaurant is a massive success and business is booming, in part because people like the decor, that tile seller doesn’t have the right to come back and demand more money. He named his price. I paid it. Transaction over. That’s capitalism – buy for the lowest price possible, sell for the highest price possible.

The Huffington Post bloggers, by agreeing to their contract, named their price: nothing. The Huffington Post paid it. Transaction over. Do I believe that it is right for a writer not to get paid for his/her work? No – unless you agree to work for free.

I’m not a lawyer, so I don’t know how this will end, but I actually hope that the writers don’t get any money. It’s not fair, in my opinion, to agree to do something for free and then send and invoice later. What if, for example, I accept a guest post from somebody and later they come back and demand payment? It’s not a far stretch from this lawsuit, and that scares me as a site owner.

What do you all think about this lawsuit? Do you believe that the Huffington bloggers deserve to be paid?