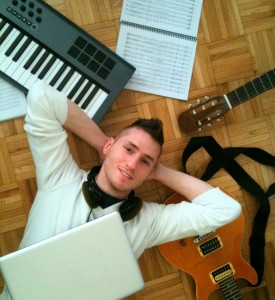 In blog years, I am ancient citizen of the blogosphere. (I’m getting up there in human years too!) I was involved in the planning stages of Southwest Airline’s corporate blog, Nuts About Southwest from almost the beginning in January of 2006. When my colleague, Angela Vargo, asked me to work on the blog, I had to ask, “What is a blog?” We had a great consultant, Andy Lark, and we gave birth to a bright, bouncing baby blog in April of that year. At the time, we were the only US airline and one of a few Fortune 500 companies to have a corporate blog. Special mention must be given to Linda Rutherford, Vice President Communication and Strategic Outreach for her vision and guidance on the blog and to President Emeritus Colleen Barrett for her early and continued support. Little did I know how much the blog would be a part of my life and that the blog would continually evolve.

We published our first post, and Angela and I awaited the first comments. It didn’t take long, and we were welcomed to the blogosphere with a two-word comment featuring an intimate Saxon verb and a personal pronoun. In spite of that “salty” initial greeting, readers did respond, and the blog began to unfold into a strong young organism. We used it for all sorts of purposes, and the fun was in experimenting to see what we could do and how folks would react. But, we weren’t just throwing stuff on the wall to see if it would stick, our goal was to represent Southwest in a transparent, personal manner and to let our Employees display themselves as the unique interesting individuals that they are.

Two amazing things began to happen. One is that we were building a community. Southwest is blessed to have Customers who are also fans, and they began to talk among each other in the comments section, with the post being the starting point of the discussion. We even flew to meet with one regular before his Navy deployment. This conversation is very much alive today, but it has shifted to social media tools like Twitter (and to a lesser extent Facebook) that are better designed to facilitate ongoing conversations. Some of those early blog conversationalists are now Southwest Employees. As our readership grew, we were asked to speak about our blog before different organizations. Angela and I even got to watch a shuttle landing from Mission Control. 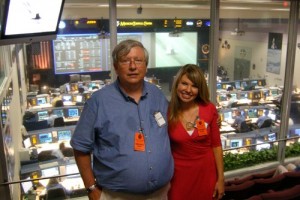 The other thing is that the blog has become part of business decisions, both directly and as a frequently used communication tool. For years, our most requested Customer amenity was assigned seats—we thought. Our CEO, Gary Kelly wrote a June 21 post about upcoming testing of assigned seating. To say our Customers we upset would be an understatement, and they were highly supportive of being able to sit where they chose and even more indignant that we were looking at changing this. 691 impassioned comments later, assigned seating was off the table. The comments also told us that Customers liked open-seating but hated the boarding process. Out of that input came our current boarding process. An example of blog as information tool is whenever we announce new service or a new product. We try to put a human face behind the blog post about the announcement. We’ve also used our blog as a lightning rod to gather comments about negative Southwest Airlines news. Unfortunately, there isn’t a lot of conversation involved in issues like this with most folks only wanting to register their opinions, but we do track the comments and feel it is important to feature positive and negative comments.

Twitter and Facebook provide a place for discussion, but the blog remains our social media anchor. All of our channels, plus YouTube and future channels, are part of our integrated social media program. The thing to remember about a blog is that the blog is your channel. Unlike almost any other channel where you are limited in your communications by either physical limitations (character count on Twitter) or the channel’s management you own the blog.

Blog life seems to be about two years. Paula Berg who had replaced Angela as my blog partner in crime expanded our expectations for the blog. With the help of our partners, RD2 of Dallas (who have been with us from day one), we introduced a new platform in 2008 that allowed us to incorporate video blog, podcast, a news section, a poll, reader shared photos, and links to our other social media sites in additional to the traditional blog. (Only in social media would something four years old be called “traditional.) Now, a little more than two years later, we are debuting our newest platform that will reflect the lessons we have learned over the past two years. It will feature more visibility for videos and podcasts and better integration of other social media channels. Christi Day, our superb strategist, (photo of Christi) has taken the groundwork laid by Angela and Paula to truly integrate our Social Media efforts and the blog design reflects that approach. We will be conducting user testing at our BlogWorld booth and visitors will be able to chat with the designers from RD2 and our Social Media Team.

So, what do the next few years hold? Hopefully more trips to Vegas for BlogWorld, but beyond that, I would hazard to guess. Based on experience, for it to be successful, any future “advancements” will still need to be based on the human touch. And as for me, what comes after ancient?

Brian Lusk
A veteran of 34 years in the airline industry, with over 15 years in various communications functions at Southwest Airlines, Brian manages the airline’s external corporate blog, Nuts About Southwest. He likes long walks in the rain, pina coladas, food, and airplanes.