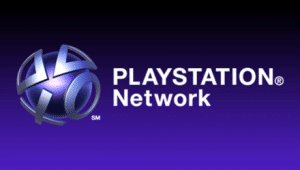 As many of you may know, Sony’s PlayStation Network was recently hacked, which is a major problem since many users had saved their credit card information to buy games online. The service is still down, and some users are entering into a class action lawsuit against Sony, claiming negligence since their personal information wasn’t properly protected. No hacker group has laid claim to the initial attack, though this past weekend, Sony seems to have thwarted another attempt to hack their network, according to reports, this time from a group of people angry at how Sony handled the security breach.

Sony’s PlayStation Network might seem impossibly huge compared to the membership sites that most bloggers run, but there are some important lessons to learn no matter how many people are a part of your community. In fact, some of these lessons are helpful for bloggers who don’t even have paid membership sites – they’re just lessons in customer service and building a community.

Sony’s problem may have been caused by negligence (I’ll let the courts decide that), but the reason people are so angry about it is that it took several days for Sony to alert people that there had been a problem. Instead of being able to cancel their cards immediately, users were unaware of the problem, leaving their information open for the taking.

One of the things that Sony is doing right, in my opinion, is that they are taking time to make sure the system is super secure for users before putting it back online. While people are certainly grumbling about how long this is taking, the PlayStation Network is extremely vulnerable to attacks right now, and if they rush to put it back online before it is completely ready, there could be another problem either immediately or in the near future. One major security problem is bad enough – two would be beyond disastrous.

Lesson #3: When there’s a problem, eat the users’ costs – and give them some extra freebies.

Sony is offering free ID theft protection to all users who had their information compromised. They didn’t stop there, though – they are also giving users free content and a free month of premium membership when the system comes back online. If you mess up, especially when there’s money involved, you have to not only reimburse you community, but you must also give them something even more. It’s the cost of doing business – when you mess up, it’s going to be expensive if you want to keep your fans.

Lesson #4: Don’t get complacent when it comes to user experience.

This problem happened for Sony because their system wasn’t probably secure. It might have been in the past, but the world evolves, and Sony got complacent. That’s a strong lesson for any blogger – once you’re popular and you’ve made promises to your readers, you have to continually set the bar higher and higher. If you get complacent, problems will occur.

Dealing with problems is never fun, but if you’re a business owner, they’re going to happen. Hopefully, you can take away a few of the lessons learn from Sony’s problems and apply them to your own issues to you continue to provide the best user experience possible, even if there is a major problem.

I can’t help but give a shout out here to someone that has given me inspiration in her work that she produces and the content she provides.  I am talking about Abby Johnson with WebProNews.  I first met Abby when she interviewed me following a presentation I gave at BlogWorld & New Media Expo on Blogging For A Living.  Abby was quick, professional and respectful of my time and turned the content around and followed up.  She is a consummate professional in our industry.

Abby gets to attend some cool conferences, but unfortunately she doesn’t get to be a spectator as she tends to work very hard.  I subscribed to her feed and love to see what she has next.

This video caught my eye because I thought it would be good to know that Sony, like Apple is getting into the application development world by making their dash thingy open sourced. Love the info Abby and keep up the god work. Perhaps you would let me interview you some time and turn the tables a bit? See you at BWE10!