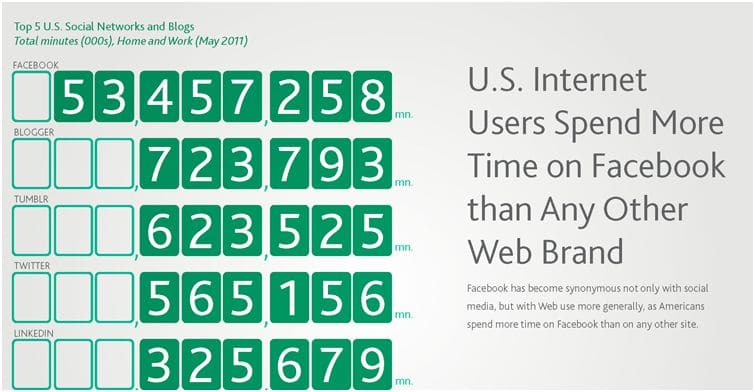 Yesterday (September 11th) Nielsen released their “State of the Media: The Social Media Report” which “looks at trends and consumption patterns across social media platforms in the U.S. and other major markets, exploring the rising influence of social media on consumer behavior”.

Here are a few of the highlights from the report:

It’s no surprise that Americans spend more time on Facebook than any other website. From my FB friends who say they’re addicted to it and take frequent Facebook fasts, to the amount of people (is it 750 million now?) who are on the social networking site.

It’s also no surprise that nearly 40% of social media users are accessing the content from their phone. Especially after the article I posted today of the prediction about where PCs will be by 2015.

You can read the full report here. From the highlights I posted, are than any statistics and trends that surprised you?