Wow people can really get their shorts in a twist really quickly in the Blogosphere or in this case the Twittersphere.

Tonight Twitter and the tech blogs were buzzing with talk about Ashton Kutcher’s little challenge to CNN to see who could be the first to get to one million followers on Twitter. Larry King Responded.  Many of the “real Tweeple” were put off with the entire event.

Then our Social Media Director Jim Turner Tweeted this:

So how hard would it be to have Oprah keynote blogworld on the “New Media”?

@Genuine let ask her. @oprah now that you are on Twitter, would you like to come give a keynote at the worlds largest social media event?

Several people were immediately up in arms.  Here is a sampling of the replies:

Kencamp: @blogworld 2 cents worth – BWE is a maybe for us, but Oprah speaking would blow credibility of it all and lead me to opt out I think.

LisaHoffman: @Genuine Guess it depends on who you’re trying to attract. I thought BlogWorld was aimed at SM fans and practitioners, not celeb groupies.

adamkmiec: @blogworld you’ve got to be kidding me

CathyWebSavvyPR: @LisaHoffmann Probably not a good choice for Blogworld. Fun, entertaining, zany, smart? but not keynot. if celeb MCHammer takes it seriously

BethHarte: @Genuine If Oprah Keynotes BlogWorld, I am staying home… Because if she’s a SM expert that means I don’t have enough coin to ever be one.

I guess I shouldn’t be too surprised. Social Media insiders tend to be a little clubby and insular but I sincerely hope the folks above and others who might have a similar knee jerk reaction reconsider their opinion.

END_OF_DOCUMENT_TOKEN_TO_BE_REPLACED 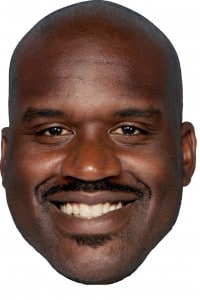 In a word:  Wow.  We’ve been talking a lot lately about just how big social networking is getting, how huge Facebook and Twitter have become over the last few months and how they are more than likely going to continue to do so.  In case you were still a non-believer (didn’t the simple fact that the QUEEN of ENGLAND has an account convince you?!) I think the events that transpired on Shaquille O’Neal’s Twitter account Saturday should have convinced you.

Just how big has the service gotten?  Try this on for size:  Leading up to his game on Saturday, Shaq was promising his Twitter followers that he would, in fact, Tweet DURING the game or during halftime.  Did he hold to his word?  Yes, Yes he did.  At halftime of his game against Washington, Shaq simply tweeted:  “Shhhhhhh.”

Here’s the even crazier thing, Shaq wasn’t the first one to Tweet during a big event, like a professional sporting event.  Last Sunday, Charlie Villanueva of Milwaukee actually got in trouble with his coach for sending out a Tweet during the game.  Did Shaq suffer the same consequences for his “Shhhhhhh?”  Nope.  Here is what his coach, Alvin Gentry, had to say:

That, coming from a coach that also has a Twitter account.  All this leads to the question:  What’s next?  Are we going to see Tweets coming in between rounds at boxing matches or MMA fights?  Are we going to to have the President sending out updates during Oval Office meetings?  Pitchers updating their Status while their team is batting during the World Series?