I recently had a chance to chat with Ryon Harms, head of social media at Farmers Insurance, to talk about the success of their Facebook campaign. As of this post, they have almost 100k fans – and their wall is full of comments, likes, and interaction. How did they get there, and how do they sustain it? 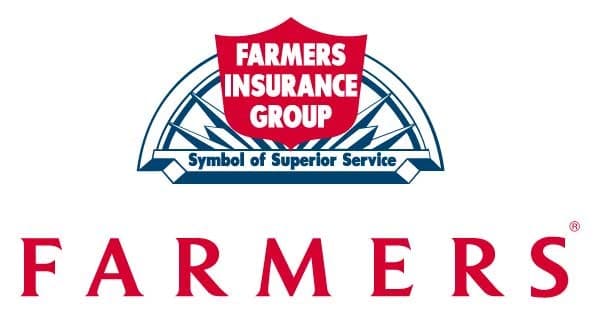 The magic question that often comes from the C-level in large enterprise environments…What’s the ROI on your Facebook campaign? How do you demonstrate this to the top brass at Farmers, and what are the various valuable measurements you’re looking for as determinants of success?

I am very lucky to be working at Farmers. They have been committed to community involvement for almost 100 years. What we are doing now as a company is taking that same tradition of building deep ties within local communities through our agents and applying it to the digital world. As a company, we believe that giving and engaging with communities (both real world and digital) results in greater awareness for our brand and allows us to give back in meaningful ways. With that said, one of the great advantages of working with digital communities is that we have several metrics that give us insights into how much engagement we are actually getting from our efforts. For instance, by measuring how often a Facebook post gets liked, we know that we are creating content that people are compelled to share with their friends.

How do you position yourself to gain Facebook followers?

To be honest, we are less focused on positioning to gain followers and more interested in engaging the followers that we have. We feel like if we can have high levels of engagement with a small group of people, that will be enough for us to attract new followers. We just want to make sure that we are communicating to the community that we have, rather than the community that we wish we had. By that I mean, that as our community on Facebook has evolved, we’ve created content that meets the needs of that specific demographic. Everything else takes care of itself.

Everyone likes to talk about their social media successes, what about examples of failures? What went wrong, how did you react and what were the lessons learned?


Luckily, we haven’t had any major failures. In the beginning, our posts looked more like traditional marketing messages. That obviously doesn’t work in the social space. What we’ve improved on recently is on creating messages that drive engagement, whether that be polls, sweepstakes, or asking for feedback directly. Now that we’ve built a community of nearly 100,000 fans we are more at risk of messing things up, but we hope we can avoid that. If we do end up failing at something, we plan to leverage that as yet another way to build deeper ties with our community.

Social media affords a unique opportunity to personify the corporate brand, so how has the online community interacting with Farmers on Facebook, gotten to know Farmers; what do you think their perception of Farmers is now versus the time prior to Farmers on Facebook?

Well, the perception of any big insurance company is that we are a big unthinking, uncaring machine that just wants to collect money. That may be true of some insurance companies, but we really feel like social media is going to afford us with some great opportunities to express the fun and passionate culture that we’ve had here for decades. Being a big company just means that we have a ton of people that are passionate and committed to what they do. My job will be to tap into those passions and tell a coherent story about who we are and why we wake up in the morning.

Farmers Facebook presence has been a huge success, but what other social media interactions have proven to be important and effective?

We are focusing the majority of our efforts on Facebook for now. We feel like if we can do one network really well, that will make it easier for us to move into others.

I’ve seen the Farmers blimp on Farmville – how did that idea come about? Is that an example of a campaign that you may continue to pursue in the future?

The idea to place the Farmers Airship on FarmVille originated from our VP of eBusiness, Marc Zeitlin. Marc has a knack for thinking big and being awesome. Our CMO Kevin Kelso then came up with the brilliant idea to tie in a sweepstakes to ride on the real Airship to drive FarmVille players to our Facebook Page. That combination turned out to be a home run for us. We definitely plan to continue working Zynga and with other social gaming properties to integrate our brand in a fun and meaningful way.

Can you describe your social media team? Is someone dedicated to Facebook and interacting with followers?

I am the head of social media. As you saw with FarmVille, we have executive interest in social media as well so they also participate in the process. We also work with a great social media agency called 15Miles. They were instrumental in the execution of the FarmVille campaign and I don’t think we could have done it without them.

Do you have any other tips to share with companies looking to launch a successful Facebook campaign?

Yes. As we approached the FarmVille campaign we had a strategic plan in place. However, as soon as the Airship appeared on FarmVille, we were overwhelmed with the an amazing response we could not have predicted, and our original plan went out the window. We did a great job of working in real time and responding to the wants of our new fans. My take away was that if we would have executed on our original plan all the way through, that would have meant that the campaign was a failure.

Thanks for chatting with us Ryan! We look forward to continuing to follow the Farmers Facebook success