Even if you have a nice view from your BlogWorld hotel room, make a point to check out Mix, which is located at the top of Mandalay Bay’s THEhotel. In fact, you should stop by after the Mashable party ends tonight! Not only is this one of the best views of the city, but the drinks are to die for and the bartenders are amazing.

While I typically would start a bar review by talking about the drinks, let’s face it: there are a lot of fabulous places to get drinks in this city. They do have awesome signature drinks, but the real draw here is the atmosphere. You just can’t beat this view: 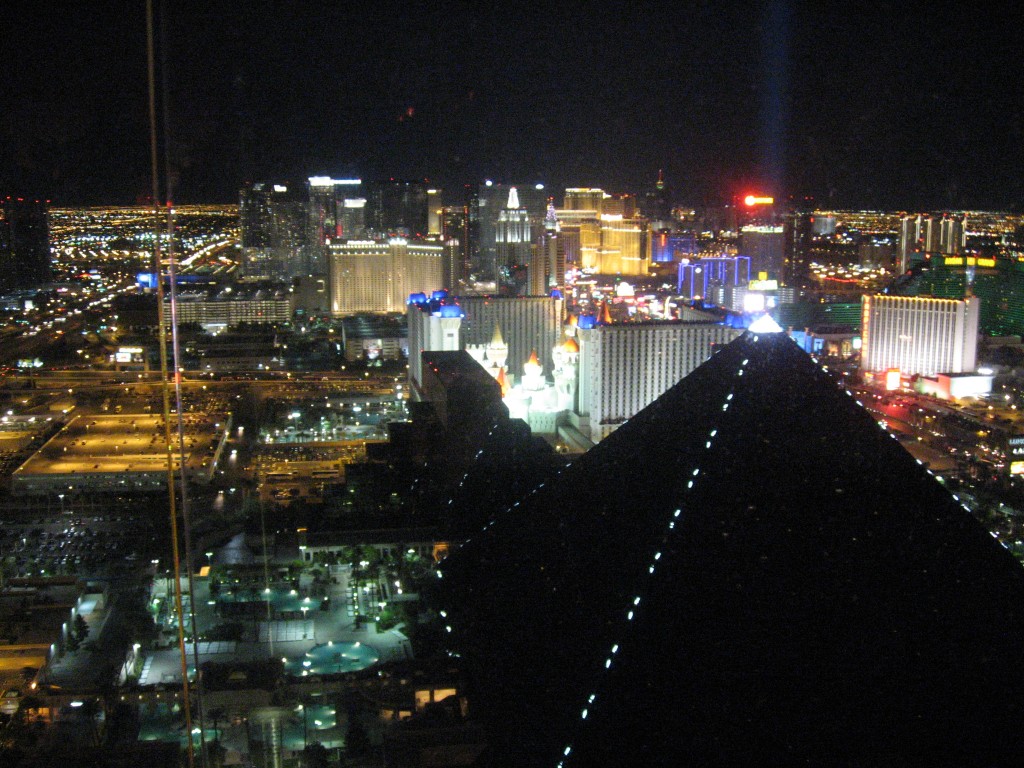 Mix’s drinks are on the pricey side, but they’re delicious and the bartenders are super attentive and friendly. If he’s working, ask for Ridge to make you a White Sands – it’s an awesome rum drink with…well, I don’t know what other kinds of good-ness in it because the list was long, but YUM. These are definitely not weak drinks either, so although the menu isn’t cheap, you also won’t get watered down drinks.

I’ll post some more pictures from Mix soon, but DO NOT HESITATE to check it out tonight!