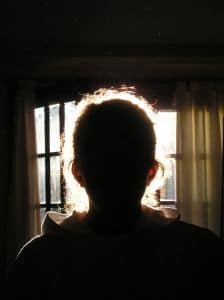 @GetintheHotSpot: Why do some bloggers want to be anonymous?

I felt strongly enough about the subject to answer, but as usual, I find it hard to say everything I have to say in just 140 characters, so I thought I’d write a blog post about it!

The Ugly Side of Anonymous

I did want to mention, before I start, that I think there is an ugly side to anonymous blogging. I’ve seen people use a persona or remain anonymous in order to trick the reader or attack someone with no consequences, and that is never a good thing. In fact, I’m working on a follow-up post about the ethics behind using a persona online, but that’s a debate for another day. In this post, I just want to talk about being anonymous from a pure business standpoint, as well as from a personal needs standpoint.

What Would Possess Someone to Blog Anonymously?

I’m sure Annabel received a number of answers to the initial question she posed, because I can think of a number of reasons why someone might want to stay anonymous or use a persona of some sort. There include:

I’m sure you might be able to come up with some more reasons. Suffice to say, there are some really good reasons to consider blogging anonymously. But does it make sense?

When I say “anonymous,” there are actually two different kinds of bloggers that I believe fall into this category. First, you have the truly anonymous folks, people who upload posts as “admin” or under a generic name like “Bob” with no author profile whatsoever. But there’s also another type of anonymous – the blogger who uses a persona. Writing under a pen name, this kind of blogger is anonymous in the respect that they don’t make their true identity public, but they do have a personality on their site, and that personality can be branded just like your real name/image can be branded.

The problem is “admin” is that you can’t really connect with readers. When you don’t have a personality, it’s hard to build your traffic. Sure, you can rely on search engine traffic, but for most bloggers, that’s not going to work (the exception is a blog set up purely for affiliate purposes, where you don’t really care about repeat traffic). As soon as you start injecting some personality into your blog, you begin creating a persona. So in my mind, it makes sense to at least give yourself a name and bio. Essentially, run your blog as though you were using your own name,

But Does It Work?

The proof is always in the puddin’. If you want to run an anonymous blog just for the sake of having somewhere to write, go for it. But can you actually make money this way?

A little-known fact about me is that I actually have a blog where I write anonymously. I use a pen name (rather than blogging under “admin”), and have been writing there since 2007. And it does fairly well. I started the blog without any plans to monetize (I’ve actually turned down ads), but even with little to no effort, the blog makes about $200 per month, plus I get about $1000 in review products for the blog every year. Is that going to pay my rent? Nope. But that’s with no effort. Recently, I decided that it was time to really consider making money for this blog, so I put a plan into motion to turn this anonymous blog into a business. Will it be able to pay my rent then? Time will tell, but I think so.

And here’s the kicker – this past month, a publishing house approached me, asking me to submit something for them to consider. Fully knowing that my name isn’t actually what I say it is on the site (I’m very upfront about the fact that it’s a persona), they’re interested in publishing a book written by me. (/proud bragging)

Will my true identity be revealed someday? Maybe. A few people do know my site and pen name, and someone who really knew what they were doing might be able to figure it out, since I’m not the most technologically-savvy person. I think that’s something you have to be at peace with if you want to have an anonymous blog. If you’re afraid that you’ll be “found out,” you probably shouldn’t be blogging anonymously. Hope for the best, but prepare for the worst.

The point is, I honestly believe that an anonymous blog can make just as much money as any other blog out there if you have a good idea. Anonymous blogging isn’t for everyone, but this isn’t something you should discount on the basis that some people don’t think it will work. If you think it might be a good idea for your niche, try it. Only you can determine whether or not it is the right thing for your blog.