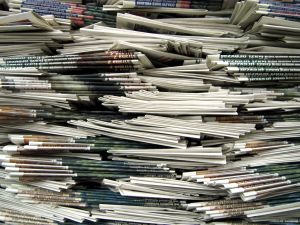 According to a report released by the Project for Excellence in Journalism, the state of the American news media improved in 2010 after two years of downward movement. Among the major sectors, only newspapers continued to suffer – due to the advent of online news sources.

News organizations — old and new — still produce most of the content audiences consume. But each technological advance has added a new layer of complexity—and a new set of players—in connecting that content to consumers and advertisers.

News companies now find themselves having to tackle:

In some ways, new media and old, slowly and sometimes grudgingly, are coming to resemble each other.

While this may be a time of change, growth, and experimentation – there is also a shift in trends and many stories and news topics are being left behind. “Some vitally important stories are less likely to be covered,” said the leader of a local civic group in Seattle. “It’s very frightening to think of those gaps and all the more insidious because you don’t know what you don’t know.”