The adoption of digital technology is one of the major distinctions Millennials have among previous generations. The age group in their late teens to early 30s can create a profile on the latest social network faster than you can say “smartphone.” Many might deem their ubiquitous love affair with social media quite trivial, but don’t discount all the good some of them are already doing with it. Millennials are pioneering ways to give back to their communities, sharing actionable solutions to social issues, and galvanizing others who believe real impact is sometimes only a send button away.

Take IGNITEgood for instance, who has teamed up with The Huffington Post to give away $100,000 to 10 game changing ideas that move humanity forward. The competition dubbed “Millennial Impact Challenge,” will first select five existing nonprofit organizations/businesses that demonstrate scalable impact, viability of getting others involved, and a sense the applicants are uniquely qualified to champion their big idea. The IGNITE Team has corralled an impressive group of–you guessed it–Millennials as the selection committee to pick these winners. The second half of funding is reserved for five startup organizations or companies who get the most “likes” on Facebook during the voting phase. You see, socially-conscious Millennials are using the “like” button for something other than self-esteem boosters and virtual pats on the back.

A Houston darling of a nonprofit is also harnessing the social web to make a difference in their community. Mia’s Closet is barely a year old and is already making established nonprofits take notice with its online presence. Executive Director Chelsea Coffey founded the nonprofit to instill confidence and self-worth in students from kindergarten to high school by providing them with clothing through a personal shopping experience.

Seeing is believing in Coffey’s perspective so she tells the story of her organization through Instagram. The app allows Coffey and crew to showcase the lively atmosphere of pampering, personal styling, and all around family fun. What started out as a small project has blossomed into a steady growth in Facebook and Twitter fans, along with a full-fledged website using the easily-to-learn, WordPress platform. Quite fittingly, the 20-something founder now moonlights as fashion/social media editor for the same magazine that gave Mia’s Closet its early press coverage in March. 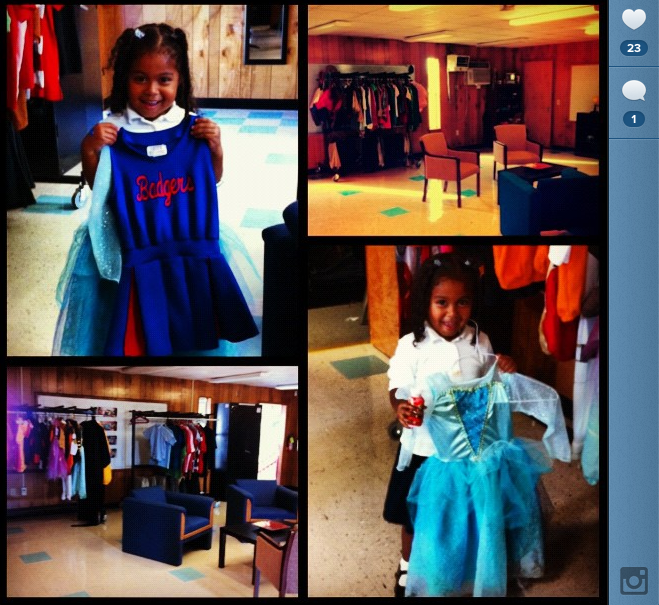 Social Entrepreneurs are The New Rockstars

From local zines to globally-recognized publications, Millennials are reported on as leaders in the surge of social entrepreneurship. One such brand is Forbes Magazine, which intends to bring these modern enterprises to a new audience. The magazine has publicized its search for 30 Awesome Social Entrepreneurs Under 30. Known for its lists of actors, rockstars, and  business moguls, Forbes is venturing into content that may add cachet to the young do-gooders of the world. Don’t go nominating your buddy who raised a wad of singles and loose change selling lemonade at the local block party, though. The staff is essentially searching for the dream team of altruistic innovators. The noble group who will help define this generation and their impact will most likely be fueled by Web 2.0.

One clear candidate deserving Forbes glory is Tristan Walker, who is adding value to the nonprofit sector via the social highway. The tech wunderkind Linkedin page looks more like Mashable.com’s top stories. Walker has worked for Twitter, JP Morgan, a major Boston-based consulting group and more recently served as Foursquare’s Director of Business Development (a relationship which he initiated with an email to the founders). Working 12 hour days to develop an investment portfolio so he can buy yachts, expensive champagne, and gold-plated toilet seats seem like the next steps for him, right?

On the contrary, the rising figure has opted to tackle a new venture that yields $0 in profits. Yes, Walker recently founded a nonprofit organization that is primed to give minorities a shot at taking on Silicon Valley’s biggest startups. The bold move has backing from some major players in the tech space, philanthropy powerhouses, and venture capital partners. Their inaugural class of fellows earned paid internships and gained insight from the who’s who of tech startups, as well as established companies.

Tammy Tibbetts is another under 30 community organizer crushing it at the intersection of social media and social change. Tibbetts had already scored a coveted job as Social Media Editor for Seventeen Magazine, which she reported as having the fastest growing Twitter presence in the magazine industry in 2011. She has since made the tough decision to leave that dream job to begin another as founder of She’s the First, a non-profit sponsoring girls’ education in developing countries.

Tibbetts takes social media best practices from her previous role to amplify the impact her organization makes. The site features “Map Your Impact” using Google Maps, as well as tweeting, Facebooking, and Tumbling calls-to-action that drive donors to its Razoo page. One of the most surprising, yet promising displays of support comes from its tie-dye cupcakes campaign, which has turned into social media tour de force. The video below is a taste of how sweet it is for college students to raise  thousands of dollars with a few days of baking and selling cupcakes on campus.

How Millennials Engage With Nonprofits

These new media-friendly founders help contextualize the bigger picture of how Millennials are working toward a greater good.  A valuable reference to these interactions is the often-cited 2012 Millennial Impact Report, which surveys Millennials’ relationships with existing nonprofits.

So there you have it. A look at innovative Millennials using social sites to make meaningful connections and bring change for the undeserved communities they’re passionate about. And a snapshot of overall trends that will ultimately drive new and interesting ways to solve human injustice and inequality. Comment below to share your story or tell us about a person you know who is using social media for social good. Even lemonade stand stories are welcomed here.