While many journalists and other types of media professionals have had the opportunity to secure insurance protection for their profession, bloggers have been ignored…until now. BloggerShield™, a brand new liability insurance product created exclusively for bloggers, is now available.

Unlike journalists, whose content often includes more reporting and less personal opinion, bloggers are typically valued for their point of view or their own personal brand. Often times, bloggers have a dedicated following, become social influencers, and are relied upon for information, insights, or even product promotions and reviews. With this power to influence, bloggers become vulnerable to an array of liability exposures as well as the potential backlash of critics.

Any reader may go so far as to use legal recourse to pause, halt, or counter one’s blogging activities. A blogger may experience this in the form of having a claim or lawsuit brought against them for defamation, slander, copyright infringement, or privacy violation. Regardless of the circumstances and the validity of a claim or lawsuit, bloggers are still faced with managing any legal action taken against them and keeping their blog and personal assets protected in the process. In addition, many bloggers are still unclear as to what their liability exposures are until it’s too late.

Let’s take a look at a few recent cases in which bloggers have found themselves facing litigation:

Woman Awarded $338,000 in Damages for Defamation as a Result of Anonymous Submissions

On July 11, 2013, jurors awarded Sarah Jones $338,000 in damages for defamation against gossip website thedirty.com. This high profile case arose out of two anonymous submissions posted in 2009 that claimed that Jones, a former cheerleader for the Cincinnati Bengals, had sex with every Bengals player and was afflicted with sexually transmitted diseases.

Nik Richie, the operator for the website, argued that he was protected under the Federal Communications Decency Act which provides immunity to website operators for content that comes from third parties. However, Jones argued that the protections did not apply as thedirty.com admitted to screening and adding comments before posting third party submissions. The jury agreed with Jones, finding that Richie acted with malice or reckless disregard in posting the submissions.

The posts were unrelated to Jones’ previous guilty plea to charges that she had sex with an underage former student. For more on the case, prior history can be found at Jones v. Dirty World Entm’t Recordings, LLC, 766 F. Supp. 2d 828 (E.D. Ky. 2011).

On July 19, the District of Columbia Superior Court denied a motion to dismiss brought under DC’s 2010 Anti-SLAPP statute.  Separate but similar motions were filed by defendants National Review and the conservative think tank Competitive Enterprise Institute after climate scientist Michael Mann brought a libel suit over an article published last summer on the organization’s blog, Openmarket.org.

In denying the motions, Judge Natalia Combs Greene found that the statements in the blog had crossed the line from protected opinion to factual assertions. Accordingly, Judge Greene wrote, “there is a strong probability that the NR Defendants disregarded the falsity of their statements and did so with reckless disregard.”

For more on this story, the case has been filed in the District of Columbia Superior Court under the docket number 2012 CA 0008263 B.

Anonymous Blogger Compelled to Identify Himself for Making Defamatory Statements

A New York trial court recently directed Google Inc. to identify an anonymous blogger who had been criticizing New York attorney Frederick Shulman on blogspot.com, a Google owned company.  In his affirmation before New York Supreme Court, Shulman argued that Google should be compelled pursuant to the New York rules governing pre-action discovery to disclose the identity of the blogger posting defamatory statements to stopfrederickschulman.blogspot.com and frederickschulmancrookedattorney.com. Shulman further argued that “in the era of internet savvy individuals . . . the damage continues to mount with each day these web blogs continue to remain visible to the public.”

Justice Debra A. James found that Shulman had sufficiently shown a meritorious cause of action for defamation and the necessity of the information. Accordingly, the Court ordered Google, barring objections, to disclose reasonably available creation IP addresses as well as the name(s) and email addresses(es) used to register the blogs.

Counsel for Schulman has since disclosed that Google has cooperated with the order and that ongoing litigation is expected.

So what can bloggers do to stay protected from lawsuit?

Most bloggers have some idea as to standard blogging best practices, i.e., using proper disclosures, correctly citing sources, etc. However, in many cases, this is simply not enough to stay protected from the consequences of legal action.

With the formation of BloggerShield™, a new insurance coverage created specifically for bloggers, protection is now available to bloggers. BloggerShield™ is a form of liability insurance designed to help mitigate loss and cover legal fees associated with issues arising out of a claim or lawsuit for one’s blogging activities. To learn more about blog liability exposures and BloggerShield™ Insurance, please visit www.bloggershield.com or call 888-228-7988. 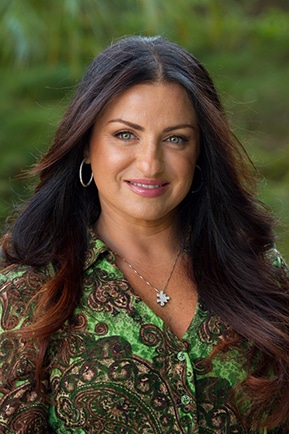 You’ve logged long hours behind the glare of your laptop display, battled writer’s block valiantly, and tried your best not to get rattled by the occasional negative comment or flame war. Along the way, you’ve produced some great content and have joined the growing ranks of more than 175 million blogs worldwide.

While blogging has become a serious industry, most bloggers don’t necessarily consider the business aspects of their blog when they’re just starting out. But soon enough what may have started as a casual interest turns into an extra source of income, or even a full-time business.

If you’re a self-employed or self-starting blogger, you’ve got to be aware of a few things as you navigate the legal and business aspects of your blog.

Yes, I know, it’s hard to imagine that sitting behind a computer can put you at any real risk of a lawsuit. And certainly managing a blog is inherently less risky than managing a sky diving business. However, there are some liability issues to consider: What it you accidentally plagiarize another writer’s work? What if you write about a mobile phone prototype left behind at a bar? What if you’re fined by the FTC or named in a class-action lawsuit for positively reviewing a defective product?

If you’re involved in blogging or social media, you’re most likely aware that back in 2009 the FTC revised their guidelines to bring social media and Internet advertisers into the mix. At the heart of this revision was a concern that recognizing ads in social media was becoming increasingly harder. And since then, we’ve seen a handful of controversies surrounding celebrities not properly disclosing brand relationships.

Here’s my recipe (just three simple steps) to minimize your liability as a blogger:

You need to disclose any ‘material relationship’ with an advertiser or brand. A material relationship can be anything and everything from receiving cash, free samples, a free product, or free trip in exchange for a product review or blog post. Let’s say that Jimmy is an online gaming expert who drinks lots of energy drinks and blogs about his gaming experiences. A game manufacturer sends him a free game and asks him to write about it. Accepting this free game creates a material relationship that must be disclosed or Jimmy can face substantial fines.

If you’re not sure what constitutes a material relationship, err on the side of caution. After all, do you think Jimmy’s readers will be upset to learn he received a free game (particularly, if he’s known for enthusiastic, albeit dead honest, reviews)? Beyond FTC penalties, I believe that disclosure is good practice, as it maintains the relationship of trust that you’ve built with your audience.

Step 2: Sprinkle reviews with results that consumers can ‘generally expect’

It’s no longer acceptable for a blog review to make outrageous claims like “I made $30,000 last month from home selling on eBay; I lost 50 pounds in 2 months.” This is true even if you put a disclaimer ‘results not typical’ in fine print. Like advertisers, bloggers are required to disclose results that “consumers can generally expect.” If you don’t comply, you could receive substantial fines or a consumer protection lawsuit. In most cases, the company itself will be the defendant, but as a participating blogger, you could also be named in the lawsuit.

Step 3: Form an LLC or corporation

Most bloggers aren’t really thinking about business structure when they first start out, meaning that most begin as sole proprietors. While you may think you should incorporate in order to lower your taxes, the main benefit of incorporating or forming an LLC has to do with separating your personal and business finances and minimizing your personal liability.

With an LLC or Corporation (S Corp or C Corp), your personal assets, such as property or a savings account, are shielded from any judgment if your blog happens to be sued or fined. On the other hand, if you’re sued as a sole proprietor, you’ll be sued personally. This means that your personal assets are all at risk. And what you initially started as an interesting side project could end up wiping out your down payment savings.

Also be aware that creditor judgments can actually last up to 22 years. This means that if you’re sued today, your personal assets will still be vulnerable for up to 22 years.

This may sound like scare tactics. And I’m not a fan of scare tactics. But I am a fan of education. Most likely, you’ll never run into any sort of problems with your blog except for the occasional troll. But following this simple recipe of shielding your personal assets through an LLC or Corp, using common sense when choosing your advertising/marketing partners, and always erring on the side of transparency will help make for the sweet success of your blog and business.

At next week’s BlogWorld in LA; Nellie will be exhibiting information for attendees to learn the benefits of forming that business structure to a new venture and why it’s an integral part of the success of a business. She will be giving away one iPad2 on November 4th and one on November 5th to BWE attendees. People just have to stop by the booth and look for the ‘Word of the Day’. Once they find it; they need to Tweet to @CorpNet or comment on the CorpNet Facebook page with that word to be entered to win. If they tweet and comment; they are entered twice.