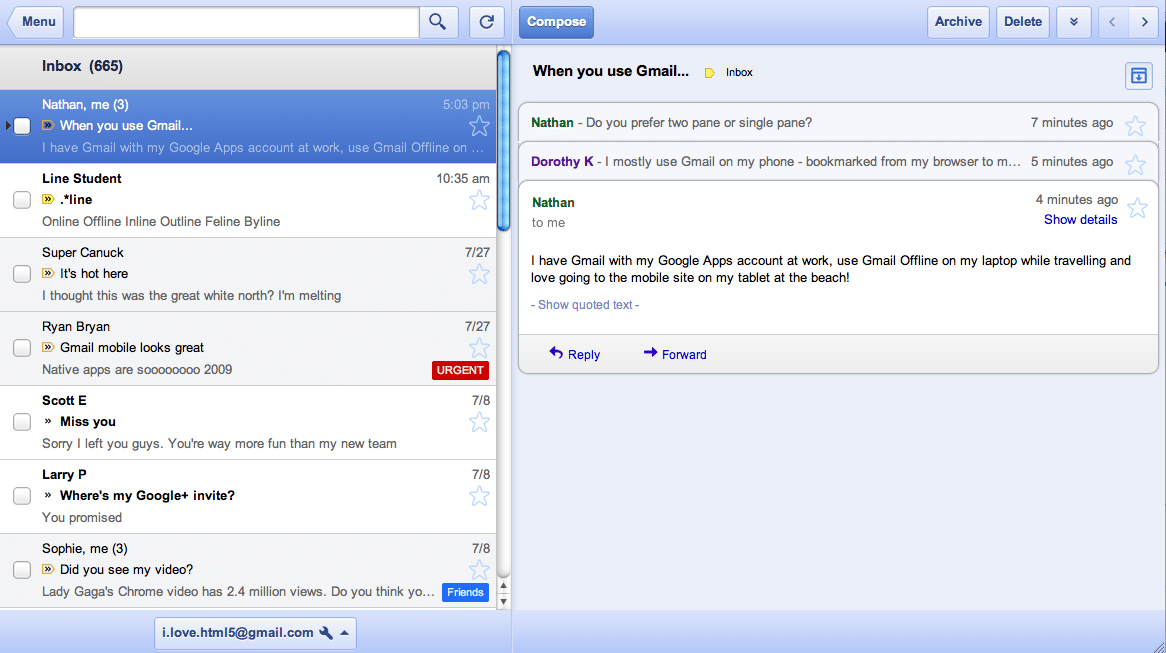 Google made the announcement via their blog that Gmail offline is available starting today. I’m sure you’ve been in a situation, like on an airplane for instance, when you would like to check your email but you can’t due to the lack of an internet connection.

Google announced Chromebooks at Google I/O 2011 and they talked about bringing offline access to their web apps. The time has come and the roll-outs are beginning, starting today with Gmail offline. 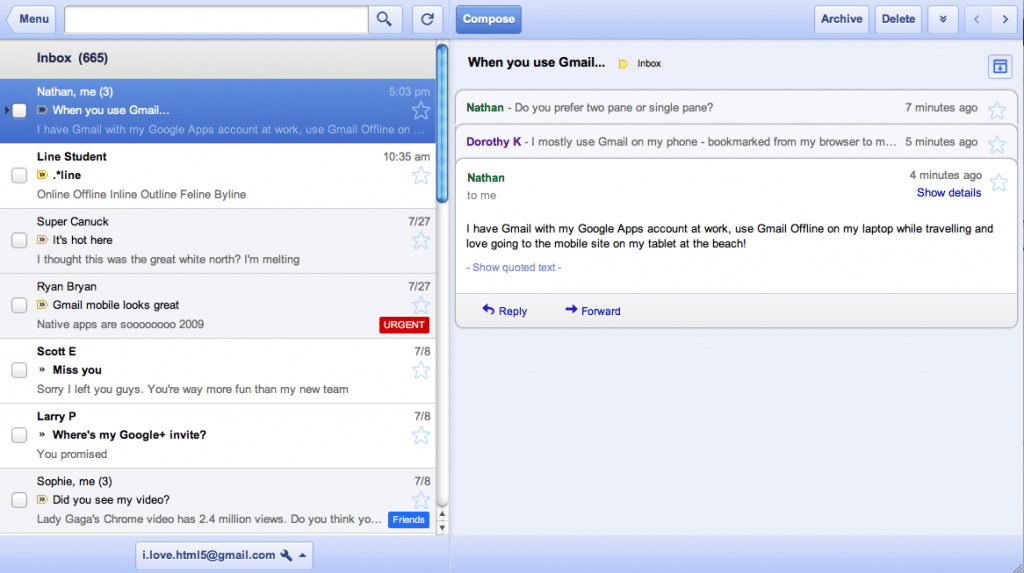 In the coming weeks, Google Calendar and Google Docs offline will also be available, which will allow you to seamlessly switch between on and offline modes.

Here’s an explanation of the web app in regards to Gmail offline:

What about the other browsers you may ask? Google plans to offer those once they support the functionality.

Have you tried Gmail offline yet? Give it a whirl and tell us what you think.