If you’re producing a fictional web series, you’ve probably spent a fair amount of time developing the story arcs. While I don’t personally produce web series, I have written my fair share of fiction, and today I wanted to share with you a character development technique that I learned from a fiction-writing class and that helped me create better characters for my fiction. 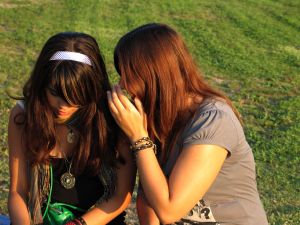 Next, take a look at the one-sheet you wrote and give each character a secret that makes sense.

Lastly, you want to write a quick scene where your character spills the beans. What would possibly get your character to tell someone else his or her secret? For a character who is pretty innocent, this might be as easy as admitting it to the person behind them in line for coffee. For someone more secretive, the answer might be that they tell someone while on their deathbed.

Again, this secret and the scene where they tell it do not have to be related to your web series at all (though it might give you some good ideas). You can get as detailed or be as vague with the scene as you want; just make sure you think it through. What would your character really keep secret and why would he or she ever tell someone?

What Have You Learned?

After completing the exercise, think about what you’ve learned about your character. You can incorporate this into the rest of your story to make a more realistic, cohesive character. For example, when I completed this exercise for a character in one of my short stories, my character was a mother who kept very little secret – other than the fact that she often got very bad headaches sometimes and was too afraid to see a doctor. This led me to thinking about how mothers, like the one in my story, often take care of themselves last and although they can seem superhuman at times, they have fears just like the rest of us. I incorporated what I learned into the story and it was much stronger than my first draft.

I hope this exercise helps you with your own character development. If you give it a try, leave a comment below letting me know if it worked for you!

Fantasy author Silvia Hartmann is writing a novel via Google docs. Read about her public novel writing project and why this might be a very good—or very bad—idea.

Writing is a pretty personal endeavor for most people. More and more, however, authors are using social media and other online tools not only to connect with fans and drive sales, but also to create their actual content and allow readers to interact with characters.

One author is taking it to the extreme, though. Silvia Hartmann (aka Nick StarFields) isn’t just crowdsourcing for her next novel. She’s allowing fans to read her content every step of the way, giving feedback and suggestions as she goes. Silvia is writing her novel in a public Google doc, so you can see the entire process from first draft to finished product. She’s calling it “The Naked Writing Project” and announcing writing sessions via her social media profiles on Facebook and Twitter. (Read more at The Guardian.)

The Advantages of Crowdsourcing

Although she says that she’ll ultimate go with her gut, even if readers don’t agree, Silvia will ultimately get tons of suggestions and opinions from her fans and curious bystanders. With readers involved in every step of the writing process, she’s creating a brand new crowdsourcing experience with readers watching her write in real time. While the prospect might be a scary one for most writers, this type of crowdsourcing also has its advantages:

Of course, any writing process is not without its problems. Putting your first draft online for the public to watch you write has several issues:

Would You Ever Write a Book Publicly?

Despite the disadvantages, I think this is a really cool experiment and I’ll be watching it to see her progress and how it affects her writing progress. It’s a brave new media world we’re living in, and it’s interesting to see people using online tools in innovative ways.

Would you ever consider such a public writing project? Leave a comment to tell us what you think about Silvia’s project!