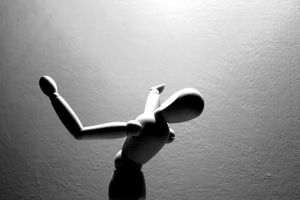 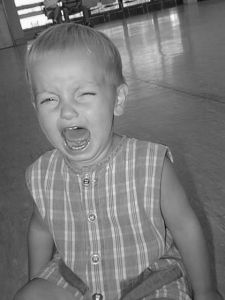 Fun fact: Once, an ex-roommate of mine and I got into a shouting match. It was over something stupid of course. I don’t even remember what our issue was. Some guy. What I do remember is yelling, “I don’t care about your stinkin’ relationship advice!” She was in a successful long-term relationship, and I was not, so I got earfuls from her fairly often about what I was doing wrong. Often, I didn’t agree, but I would listen anyway. After all, she had a relationship that was quickly heading to marriage. I was all over the map.

Later, when we could laugh about it, we giggled at the passion at which I yelled about her “stinkin’ advice.” Whenever we would disagree from that point forth, one of us would always say something about not liking the others’ stinkin’ attitude, and we’d devolve into giggles. Still, my message was a good one to remember.

Originally, I used Bloglines as my feed reader, so when that service announced they’ve be closing a few months ago, I switched over to Google. When I made the move, I decided to purge my feeds. That was a tougher task than I thought it would be. I realized that there were a few blogs on my list that I dreaded reading every day.

I felt like I had to read them because they were well-respected blogs in one of the niches I covered. Every post, the blogs in question would double or even triple the number of comments I’d get on my top posts. They must be doing something right. I have to learn from these bloggers. I have to figure out what they’re doing that I’m not. I have to…I have to…I have to…

I think we have a lot to learn from one another. I certainly have a lot to learn from bloggers that are better than me. At the same time, I think that we sometimes fall into a trap of trying to emulate bloggers who are popular in our niches, even though we don’t personally like what they are doing. We want to find the success that they’ve found, and in striving for excellence (which is a good thing), we begin to doubt our personal tastes (which is a bad thing).

You may want to learn from other bloggers, but you don’t want their readers. If you have the exact same target market as another blog out there, maybe it’s time to reconsider what you’re writing. You want your own readers. This doesn’t always mean that you have to have drastically different content. Sometimes, it’s just about having a different voice. Learn from the people who have come before you and who are people in your niche…but learning from them doesn’t mean you have to support them or be a part of their community. If you don’t like someone’s stinkin’ blog, don’t subscribe to their stinkin’ blog.

Something interesting to note: My roommate and her almost-fiance boyfriend had a horrible break up a few years later. Apparently he had never been happy with her, but had stayed with her for a bunch of bad reasons. So apparently my instincts were right, and I’m glad I trusted them. Learn to trust yours.