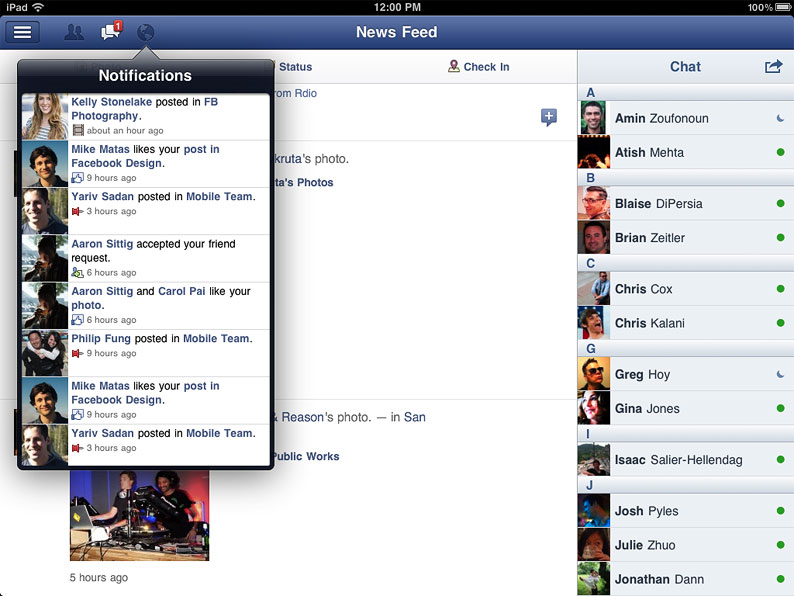 Yesterday (September 7th) a new Facebook app built by Involver was released. The Facebook 9/11 Memorial app will remember the victims who lost their lives on September 11, 2001.

Facebook is collaborating with The National September 11 Memorial & Museum by asking members to dedicate their status updates or profile photos in remembrance of those who lost their lives on 9/11/01.

When you select to dedicate your status or profile picture, the app will select from 3,000 victims and will dedicate it to a single person. You will also have the option to choose an individual you would like to dedicate your Facebook status to. The 3,000 victims includes those from the World Trade Center and Pentagon attacks, the passengers of Flight 93 and the six who were killed at the February 1993 World Trade Center bombing.

I’m looking forward to seeing Facebook covered with dedicated statuses and pictures this September 11th, which is the 10 anniversary of the attacks. 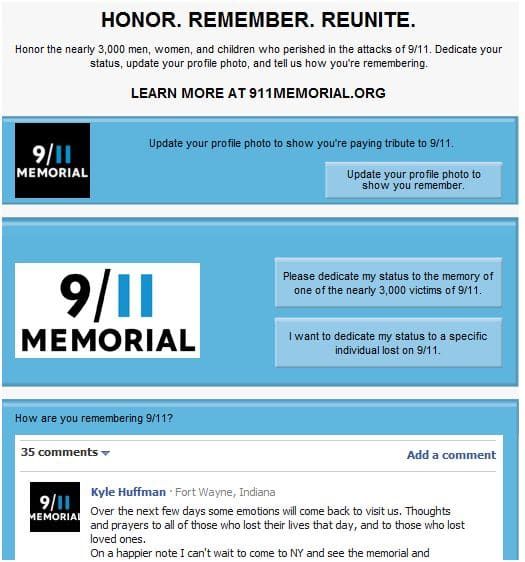