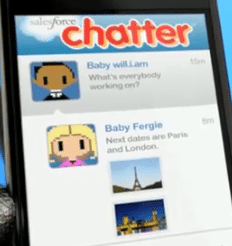 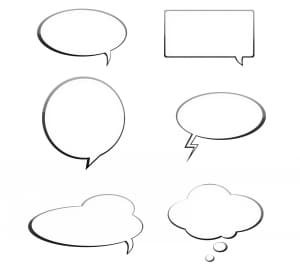 If I’ve heard it once, I’ve heard it a million times: “You can’t please everyone.” Most blog have a wide range of readers, and that advice becomes especially pertinent when handing out some kind of blogging award, writing an emotionally-charged post, or responding to a comment or blog post with an opposite opinion. Soon, the community starts to do what I call “chattering.” Some people bicker, most people are respectful, and a lot of great discussion happens.

Chatter is awesome. It’s more than just comments. It’s conversation. When your readers start responding to one another, sharing ideas, and checking back to reply to new comments, that’s chatter. You’ve engaged your audience to the point where they’ve not only felt the need to leave a comment, but they want to have a discussion about it. When this happens, people start to take more possession in the post and tend to tweet it or spread it through other means. Like I said, chatter is awesome.

But that chatter needs to be controlled.

I know that some bloggers take the approach that any comment, as long as it isn’t spam, will get published on their site. I respect that approach to blogging, but it’s one that I don’t always use on my own blog. I definitely depends on your niche and on your readers, but no matter what, I think that this approach on a blog can get out of hand in a hurry.

I’ve seen it happen before. One time, I read a post that was highlighting a major problem in the writing industry. The author called out a particular company that hires a lot of freelancers, and of course workers who were fans of that company flocked to the blog post to defend it. On the other side of things, people who felt they had been wronged in some way by this company, as the author had, were leaving comments that were just as emotional. The chatter slowly took a turn for the worst, and what was productive conversation devolved into name-calling and snark.

Even before that point, though, I believe that the conversation needed some control.

See, the people weren’t really saying anything new anymore. It was just this exchange of “yah huh!” and “nuh uh!” back and forth, which led to the more belligerent comments. By the time I read the post for the first time, there were over 50 comments, and while the first several made good points, I had to force myself to keep reading after a point. As a reader, it got boring to me.

And that’s lesson number one. You can’t control what people say, but you can stop the conversation from getting boring. When people start to say the same things over and over again, jump in there! Ask questions via replies, encouraging the comments to take a new spin and evolve, rather than plateauing. I think Jade Craven is doing a fabulous job at this on her 40 Bloggers to Watch in 2011 post – she’s jumping into the comments and responding to people to encourage the conversation to evolve beyond “your post is awesome” or “your post is crap.”

In the particular comments section that I mentioned, the comments got mean. At that point, the blogger chose to close the comments, which I’m not sure was the right decision. People still wanted to discuss. There were just a few bad apples who forgot how to act like like adults. Before she closed the comments, I did have something to say, but I was too intimidated because I saw others being attacked, and the blogger just let it happen.

That’s lesson number two. Don’t let members of your community get attacked! I don’t just mean people who comment often or follow you on Twitter or something. Every reader, even the lurker, is a member of your community, and when they leave a comment, even one that disagrees with you, they deserve respect. And that’s your job – to ensure that they get it.

Something that we forget: Freedom of speech does not mean that you have to allow anyone to leave a comment on your site. I actual advocate having a comment policy and then editing any comment that does not adhere to your policy. For example, you could say in your policy, “Disagreeing is encouraged, but name-calling is not.” Then, simply edit the bad comment to have “This comment was removed due to its language. Check out our comment policy and feel free to leave a second comment that adheres to these community rules! -Editor”

Lastly, keep in mind that you can reach out to commenters via email. I do this when one of the long-term members of my community leaves a comment that is emotionally charged or gets attacked by other commenters. I don’t want one post where we disagree or another commenter to mean that the person stops coming to my blog. Reaching out shows that person that you’ve noticed them and that you care about their opinion. Individual attention is awesome!