We now have a glimpse into what their first project is – Lift.

Lift is an app that is being described as a way to help you achieve your goals through positive reinforcement. After signing up, I received this email:

We’re not ready to let people in yet, but when we are, we’ll make sure you get an early invite.

What is Lift? We’re interested in ways new technology can help unlock human potential, especially through the use of positive reinforcement. That’s all we can tell you right now.

We’re a small San Francisco-based startup. There are three of us full time, Tony Stubblebine (me), Jon Crosby, and Connor Montgomery. We also have some part-time support from the folks at Obvious. If you want to get in touch with us, I’m probably the best person to reach: tony@lift.do

ReadWriteWeb has a little more information about the project back when it was called Mibbles. I’m glad they changed the name.

When Stone made the announcement about re-launching the company, he made it clear they would align themselves with projects that would make the world a better place. Achieving your personal goals with positive reinforcement sounds like a great place to start.

I’ll let you know the details of this project as I find out more. What do you think of The Obvious Corporation’s first project? 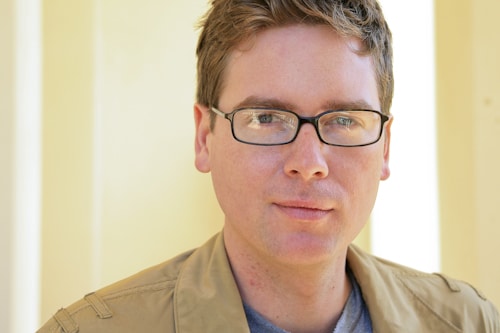 Biz Stone, co-founder of Twitter, announced on his blog today that he is leaving the micro-blogging site to pursue other projects. The title of his blog post was “It’s So Obvious” which hints at what he’ll be spending the majority of his day on.

As for the bulk of my time day-to-day, I’m thrilled to announce that Evan Williams, Jason Goldman and myself will be relaunching The Obvious Corporation as co-founders. Our plan is to develop new projects and work on solving big problems aligned along a simple mission statement: The Obvious Corporation develops systems that help people work together to improve the world. This is a dream come true!

Stone has been with Twitter since it’s start 5 years ago and noted in his blog post that he is not completely cutting ties. He said he will still “commit part of my time to hands on help with Twitter wherever and whenever I can be of assistance.”

We wish him the best on his next endeavor!

I have been following along with the news that Twitter is seeking funding from VC people and have also looked at the idea of Twitter being offered up for sale. Paul Boutin in that piece at the Industry Standard talks a little about the numbers that Twitter is facing as its annual mortgage rate so to speak:

Twitter’s PR team hasn’t responded to my email, so I’m stuck with guesses. First, how many employees does Twitter have? Co-founder and creative director Biz Stone emailed to say there are currently 27. Using a West Coast average of $125,000 per year in salary, benefits and overhead for staff, that’s under $4 million per year for staff.

Last year, the company’s blog claimed costs of $1,000 per user per year to send SMS messages to Europe — which is why Twitter stopped sending them. But there are no numbers for what its U.S. customers cost. To calculate that, we’d need to know the total number of tweets sent through the system in, say, a month, plus the per-message price that Twitter has (hopefully) negotiated with cellphone carriers. I can’t even find a good guess anywhere on either of those.

The numbers have never been provided to anyone and the folks at twitter are keeping the solid stuff under wraps. I would have liked to be a fly on the wall as they negotiate the numbers and showing their ideas and business plans to the people with their bank accounts but we may not get that privilege. Is their company really worth $250 Million? Many are questioning how that could be since they have shown no real idea on how they will make money. Others yet have said that they are clearly worth more than that including those people at Facebook that offered to purchase the company at a price tag of $500 Million. In spite of the arguments for and against, it is interesting given the current economic problems we face. We will keep track of the story as it unfolds.