You have never produced a podcast. You may have heard or seen an episode or two, but you’re not a regular consumer of podcasts. Those are the two assumptions that this article is going to make, dear reader. This is the absolute, rock bottom “hey, I heard about this thing called podcasting” beginner’s guide to podcasting basics. If you’ve heard the term and are curious about its meaning, you’re in the right place! 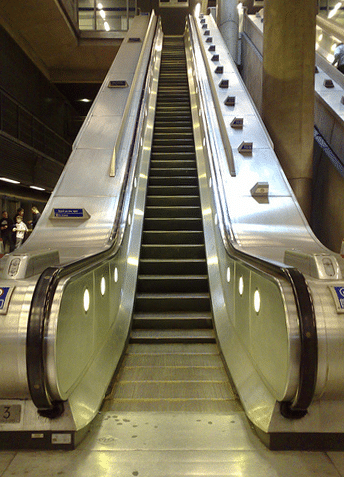 If that description fits you and you have any questions after reading this guide, please don’t hesitate to ask in the comments. If you’re a podcasting pro, feel free to jump in with answers or post some tips of your own! Alright then, let’s begin at the beginning. What’s a podcast?

A podcast is a web-based series of audio or video content. Episodes are released chronologically and may be seen or heard in a podcatcher* or on a website. Think of it like web-based television or radio: if your favorite radio show were web-based, it would be a podcast. One advantage that web-based podcasts have over their TV or radio counterparts is the ability to archive. Podcasts are typically archived for weeks, sometimes months, sometimes years. Another advantage is the episode show notes**. The internet is great at blending mediums – text, audio and video.

Podcasts can be produced very inexpensively by anyone with a computer and a microphone.

They are as varied as they are plentiful. Many audio podcasts are live off-the-cuff talk shows; many others are scripted and sound a lot like an audiobook. Stand-up comedians and at least one prominent movie director have made a splash releasing live sets. Video podcasts abound on topics ranging from technology to news to family and raising kids – and much, much more.

* Podcatcher: You are, statistically, probably familiar with iTunes. That’s a podcatcher. Any program or application that facilitates the downloading of episodes (either through a directory or by manually providing an RSS feed) can be called a podcatcher. There are dozens to choose from on every platform.

** Show notes: Podcasters often write a few paragraphs of text and/or provide a list of links about what was talked about on the episode. These show notes look rather like a blog post, and in fact, for podcasters that work with WordPress (or similar), that’s exactly what they are.

Serialized audio has been available online almost for as long as there has been a line to be on. Video would come later as storage and bandwidth costs dropped. The roots go back to the 1980’s, but what we think of as modern podcasting really came about in the early 1990’s with things like Internet Talk Radio, and in the early 2000’s with Rob & Dana Greenlee’s WebTalk Radio. In the early 2000’s, enclosures were developed for RSS that allowed for easy distribution of episodes.

The term podcast was coined in 2004, and despite efforts to go with a different word (webcast, netcast), that’s the one that stuck. Apple added support for podcasts in iTunes 4.9 in 2005, and that was the kick that really sent podcasting on the trajectory that it finds itself on today.

A Few Suggestions: As the Audience

Thinking about making the transition from listener to producer? I’ve got you covered.

A Few Suggestions: As a Podcaster