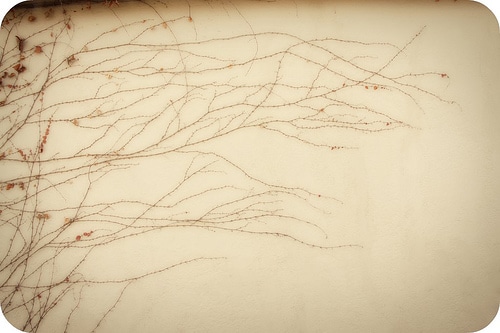 I would like to put a few ideas in your head, and I’m going to ask for your feedback at the end of it. Ready?

You’re a podcaster. By definition, that means you record a show (statistically, it’s probably audio) and post it to your website. That’s the bottom-line definition. How can you expand on that?

Publish your audio to iTunes. Publish it to the Zune directory. Grow your audience by putting your show where people gather to find new shows. Google “podcast directory” and go down the list, submitting your RSS feed to as many as you like. They may not have millions of users each, but why ignore them altogether?

You work with audio. Do you incorporate music? In a scientific study that I just made up for this article, 87.45% of podcast listners prefer audio podcasts with opening and closing music because it makes the shows sound more professional. The less you sound like you can’t be bothered to care about your production values, the more people will respect your show. More respect means a greater chance that your audience will share your show with their friends, post your content to social media sites and do much of your marketing for you.

Speaking of social media sites, are you on Twitter? You probably should be. You don’t need to spend a ton of time on it. Just tweet once or twice a day. More importantly, set up a system for automatically tweeting new episodes of your show(s). WordPress plugins make that dead simple. How about Facebook? Did you know you can use a tool to pipe your episodes to Facebook? Your audience can listen to your show right within Facebook. They can listen, Like and share your show with all of their connections. Now that’s what I call expanding your reach.

You work with audio. You upload your episodes to your website and your feed goes out to iTunes and all the rest. What about YouTube? Ever thought about that? I have, and I’m going to start posting shows to YouTube in November. But you work with audio? So do I. What kind of video could you submit to YouTube? How about a video that YouTube was invented for? No, YouTube was not invented so that people could illegally upload pieces of their favorite TV shows and movies 10 minutes at a time. Turn on your webcam. Record yourself doing your show. Now you’ve got audio and video.

If your first instinct is to scroll down to the comments and say “who would want to sit and watch you sitting and talking”, don’t waste your time. I don’t buy it.

I’ve talked before about doing your shows live. You work with audio, have you considered Mixlr.com? What about taking the video suggestion I just made and expanding on it by broadcasting to UStream? Do you think you could incorporate Google+ Hangouts somehow?

Podcasting can be so much more than simply sitting down at your computer, talking into a microphone for 20 minutes then uploading an mp3. Have any of these ideas sparked anything in you? Would you consider expanding your reach in any of these ways? I’d love to hear your take on them.

Over the years as a working video professional, I have gotten a lot of sage advice from fellow filmmakers on how to make better videos: “Befriend the person in charge of craft services,” “never date the lead actress,” and my personal favorite, “don’t fall in love with a shot, scene, or line of dialogue unless you’re willing to kill your darlings and leave them on the cutting room floor.” While the first two pieces of advice technically have nothing to do with the final product, the third piece of advice is crucial in maintaining overall objectivity and remaining true to your story and the audience.. 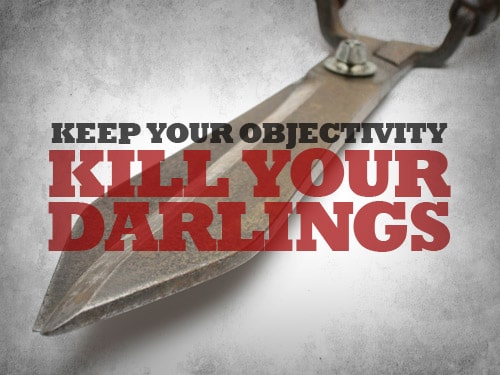 “Seeing Around The Edge Of The Frame” – Walter Murch

A lot of time, energy, ego and money goes into making videos and films. Pre-production and production generate an enormous amount of work for a lot of people. Emotions get involved, decisions are hastily made, and the story begins to unfold. Dailies are produced and sent to an editor, who begins to watch them, make notes and construct a rough edit based on the script.

Ideally, there is distance between the production process and the editor, primarily for the purpose of maintaining objectivity. This distance allows the editor to see the story within each shot, and not be clouded by things that happened on set.

In film editor Walter Murch’s book on film editing perspectives, “In The Blink Of An Eye,” he extols the need for an editor to see only what is on the screen. He writes, “The editor, on the other hand, should try to see only what’s on the screen, as the audience will. Only in this way can the images be freed from the context of their creation. By focusing on the screen, the editor will, hopefully, use the moments that should be used, even if they may have been shot under duress, and reject moments that should be rejected, even though they cost a terrible amount of money and pain.”

Murch is known for editing films such as “The English Patient,” “Apocalypse Now,” a re-edit of Orson Welles, “Touch of Evil,” among many other films. “In The Blink Of An Eye” and “Conversations” are two books that every budding and working filmmaker should have in their library as they are jam-packed with nuggets of truth that speak to this idea of storytelling objectivity.

How To Maintain Objectivity In A One-Person Crew

But what about the one-person crew making videos? How can objectivity be maintained when everything is known from start to finish? The answer? Practice!

As a filmmaker, I love making short 5-10 minute documentaries for the purpose of practicing my craft and meeting interesting people. Each video is an attempt to learn how to tell a better story, and in many ways is a lesson in maintaining objectivity. I have learned to let the story breathe and unfold in each stage of creation.

When I get the initial spark of an idea, I think of who the subject will be, the questions I would like to ask them, what kind of B-roll will serve the story, along with technical questions related to production. I may have some shots that I want to try, but I am willing to cut anything that will make the final video weak. From there, I shoot everything that I think that I’ll need. Typically, I shoot roughly 2 to 4 hours of raw video including interviews and B-roll, which I then edit down to the final length of 5-10 minutes.

During the editing process, while I edit to the story that I have constructed through pre-production and production, I also think about issues of pacing and clarity, as well as educational and entertainment value. If one section is dragging, it is often because something that I thought would work, isn’t. By removing a line of dialogue, or even trimming 1-2 seconds, pacing can be improved.

I then think about clarity. Is there a clear message throughout the video? Are the interview clips telling a clear and concise story? Should the B-roll be introduced sooner or later? How long do I hold on the shot of the interview subject talking?

Finally, I think about educational and entertainment value. Did I learn something by watching the final video? Was I entertained? Did other people finish the video with a feeling that they wanted more? Or was there general disappointment in the story told?

Objectivity Is About The Audience

A lot of questions to ask. The truth is that whether you are working in a large crew or by yourself, the final video does not exist in a vacuum. There is an audience that interacts and watches your video, hopefully sharing it with others.

Keeping your audience in mind is the final way to maintain a sense of objectivity. By treating them with respect and telling the story that needs to be told, you will be able to kill your darlings.

After all, you can still release your darlings that were cut on YouTube, or alternatively, as Deleted Scenes on a DVD release.

With that, get out there and practice. Happy filmmaking!

The Friday closing keynote at BlogWorld Expo 2010 covered the topic of web television. Where is it going? How can we get there and how did we get where we are now? How does out thinking about television need to change to monetize it for Internet users? The panelists, (Jim Louerback, Dick Glover, and Dermot McCormack) talked about all these points and more.

But one thing that stuck out to me about the keynote was a comment Dermot McCormack made that audience is essentially the same things as community.

So I throw the question to all of you: Is audience the same thing as community? 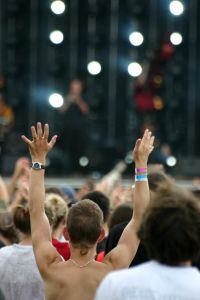 When I was in college, a friend of mine made a valid point in saying that friends talk to one another, but best friends talk with one another. To me, that’s the difference between audience and community.

An audience watches or listens or reads. They may be able to post input or feedback on your work, and you may even reply. But they aren’t a community.

A community holds a conversation with you.

A community shapes future videos/posts/etc. that you create.

A community has members that connect with one another.

An audience doesn’t do these things. Audiences don’t feel a stake in your work, or feel like part of a collective. Audiences enjoy what you do, but communities are part of what you do.

Even with a traditional television show, this is true. Audience members tune in every week to watch Grey’s Anatomy. They may be extremely dedicated or even talk about the show with friends the next day.

But Grey’s Anatomy also has a community. These people are online, coming up with cliffhanger theories, writing fan fiction, tweeting about the show, live blogging, and joining Grey’s Anatomy related online discussion groups. They don’t just chat about the show at the water cooler the next day. They have real, meaningful conversations about the show. They identify themselves as part of a group – people who love Grey’s Anatomy.

You want your audience to become a community. Audience members may love what you do, but they’re passive. Encourage people to be an active part of your blog instead.

And that starts with being the first member of your community. Interact. Engage. Be a fan of what you write. Foster community by being community, not just another audience member on your blog.