Little known fact about Alli: Long before I worked for BlogWorld Expo, even before I worked for b5Media or Binge Gamer, I was an entertainment blogger. I ran a blog called Reality on Bravo, which was all about those formulaic reality shows on Bravo, like Top Chef and The Real Housewives of Orange County. Back in my day, circa 2006, Bravo wasn’t getting much attention, except with Project Runway, and although there was definitely a fan base, finding traffic was, at times, like finding a needle in a haystack.* People who were interested generally went straight to the Bravo website, so I didn’t see much traffic.

Except for review days. Review days were my bread and butter* as far as blogging traffic went. Doing a review of some form of entertainment, like a television show or movie (or even live events, like a concert) is a bit different from reviewing products and services. Yes, you should still be honest, and you should certainly cover both good and bad points, but as an entertainment blogger, you should keep the following in mind as well:

Allison Boyer is a writer for BWE’s blog and the owner/manager of After Graduation. Do not judge her for her love of Real Housewives marathons.

Prior to my role as Managing Editor here at BlogWorld, I was a full-time entertainment blogger for b5media. I ran Prison Break Buff, Approaching Lost, The Hilton Files, 24 Headquarters, and Junior Celebs. In fact, I still run a teen celeb spin-off with my co-blogger at modOration. So I’m pretty well versed in the art of running a blog focused on music, television, movies, and celebrities.

With a niche entertainment blog, you’re stuck with a varied amount of news content and images coming your way. If your celebrity lands in jail for a month (Paris Hilton) or if your show goes off the air (Prison Break), you very quickly find yourself with a lack of new content to keep your readers engaged. Since I found myself in this situation often throughout the years, I have some tips up my sleeve for keeping your entertainment blog entertaining!

By keeping your audience engaged during your niche topic downtime, you keep them around for when news does start cropping up again. In fact, by using these ideas, you can pre-post and not always have to be on top of the latest, breaking news (which, believe me, can be very exhausting!)

What are your tips for keeping your entertainment blog entertaining?

As a celebrity and entertainment blogger I’ve run both fan blogs and gossip blogs – and they’ve both been fun to write. A fan blog will gush about the celebrity, show off their latest magazine scans, and steer clear (for the most part) of all romantic gossip. Alternately, a gossip blog dishes on all the rumors, picks apart fashion and career choices, and may even make fun of the celebrity. Both can bring in a lot of page views. Both can have a large following. But how do you choose the direction of your celebrity blog? 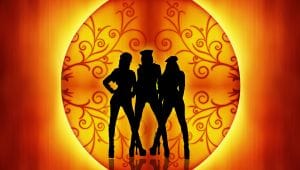 Whatever type of celebrity blog you choose, my biggest advice is to blog consistently and blog often. It’s a tough genre to break into and very news-driven. You want to be one of the first people to get information up, or you won’t be the blog that a reader follows.