What is the right niche for you? Some niches are crowded and others have room for newcomers. For Christina Brown, she saw a gap and she filled it.

In this exclusive NMX video interview, hear what Christina (a past NMX speaker) has to say about the challenges of working within a niche, being a reflection of your audience, blogger networks, and community building.

Want to learn more about how to succeed in blogging? Check out the blogging track at NMX. We hope to see you at the conference in January! 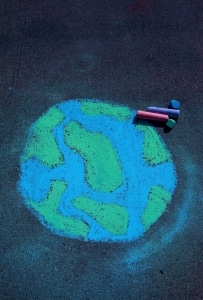 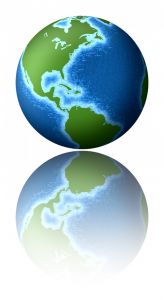 I blog from the United States (Pennsylvania, to be exact), but something that I try to be conscious of is the fact that not all of my readers are from this country. In fact, especially here at BlogWorld, a large percentage of readers are from other countries. Whether you’re a US blogging like me or you blog from another country, marketing your posts to an international audience can be tough at times. Here are a few pointers I use, and I hope you’ll comment with some of your own tips:

If part of your blogging identity is your location, don’t avoid colloquial phrases. However, make sure you explain what you mean so that readers from other countries understand what you’re saying. This can be tough. I use a lot of local or country-specific terms without even realizing that no, not everyone says that. It can be an uphill battle sometimes, but when someone points out a phrase they don’t understand, try to be more conscious about using it on your blog. Again, I think it’s great to use regional terms if they’re part of your identity – just make sure you explain them for the rest of us.

I used to read this fashion blog (which has since been closed) where the blogger lived in Europe, and although I loved her sense of style, a good 75 percent of her posts were highlighting things that I couldn’t buy without paying ridiculous shipping costs. Sometimes, they weren’t available to US buyers at all. When making recommendations, try to include retailers that are found in multiple countries or that at least ship affordable around the world. Think about this when it comes to your affiliate ads as well.

Running a webinar? Posting a time-sensitive contest? Launching a product? Not everyone is awake at 3 PM your time, no matter where you live. You’ll never be able to please everyone, but think about when your target market is awake and what is most convenient for your readers. You may want to schedule more than one webinar, for example. At the very least, when mentioning times on your blog, specify the time zone. I can’t tell you how many times I’ve come across times on blogs for things like contests ending and the blogger didn’t give a time zone.

I’m curious to hear from bloggers in other countries, since I bet there are things that annoy you when you read blogs from US writers. What are your top tips for writing to an international audience? What do you wish bloggers from other countries knew about you and your needs?