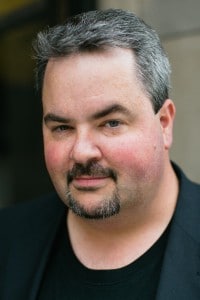 In order to highlight NMX ’15 speakers and sessions, we sent each speaker a questionnaire so we could feature them here. Each speaker is asked the same five questions, but as you’ll see as we feature each different speaker, the answers couldn’t be more different.

It should come as no surprise that the first speaker to send back responses to his five questions was Jason Falls. Jason has spoken at NMX several times in the past and never fails to deliver. He’s a true professional and one of our favorite people to work with.

1. Without repeating your online bio word for word, tell the NMX community who you are and why you're so good at what you do.

Jason Falls was born at an early age. He stepped in raw toner as a child and began pooping photocopies. Fortunately, they were instructions on blogging and he could read. (Talented lad.) By day he advises clients on digital marketing and public relations. It’s a cover for his night job — thwarting criminals using his mysterious super power of asking questions about their misspent youth that drive them to repent and turn themselves in. He calls  himself the Fink Shrink. He looks good in plaid, but won’t admit it. Goats give him the heebie jeebies. Why wouldn’t you come to a session with someone who writes his bio in the third person?

2. What are you speaking about at NMX? Why is this an important topic?

Social media has created a sea of noise and very little signal. Consumers still mostly rely on traditional media sources for news and entertainment. New media producers are making a dent, but aren’t nearly as big a deal as they think they are. I’m going to look at the media landscape and offer some ideas on where it’s going, how we can stake more of a claim and what it’s going to take for new media producers to continue to grow in relevance and revenue. If you don’t want to be relevant or make money, don’t come to my session. 😉

3. Who are you most looking forward to see speak at NMX and why?

I have yet to hear Tom Webster speak and not learn a ton of stuff. But I’m also excited to see Cosmo Scharf. Because his name is Cosmo Scharf.

4. Beyond work...what is your passion?

Am I allowed to say hallucinogenics? Okay, then I’ll say humor. I was starved for attention as a child, so performing is in my blood and making people laugh makes me feel warm and fuzzy. Unfortunately, I mostly offend people, but every now and then I get it right and make all the failures worth it.

5. What is one thing people would be surprised to learn about you?

I saved a guy’s life once. I was young and foolish. It won’t happen again.

6. Bonus! You were given a discount code to share with your online community. Share your code here and tell potential attendees why they should attend NMX!

I think my code is JFALLS20. Or maybe it’s JFALLS10. Or JFALLS50. Try 50 and see if you get 50 percent off. That would be wicked cool and piss Rick off. Heh.
Deb’s note: It’s JFalls20. You can try the others but they won’t work. Rick won’t have a clue if you want to try it anyway.