NMX is pleased to announce Dennis Miller and Emily Morse as hosts for the 10th Annual Podcast Awards being held at the Westgate Las Vegas Resort & Casino on Tuesday, April 14th starting at 6:30pm. The awards are attended by world renowned podcasters and other online influencers and fans.

This is a pairing that isn’t to be missed. 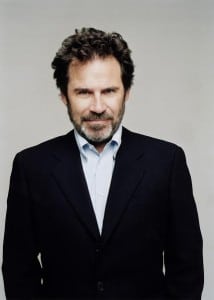 The King of Rants, Dennis Miller is a comedian, actor, nationally syndicated radio host, and podcaster.

Dennis rose to fame as a cast member of Saturday Night Live, a gig that led to talk show hosting opportunities on both television and radio. One of Comedy Central’s 100 Greatest Standup Comedians of All Time, he’s best known for going off on ranty tangents about politics and pop culture, much to the delight of his fans

Catch Dennis’ podcast, Miller Time, on the Podcast One network, send him a Tweet at @DennisDMZ to let him know you’ll see him at the Podcast Awards. 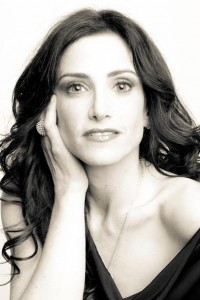 Whether you know her from her podcast, her Bravo TV show Miss Advised, or frequent stints on Loveline Radio, you’re sure to agree Emily knows a thing or two about sex. In fact, Emily was voted the #1 dating and sex expert by DatingAdvice.com and the #1 dating and sex expert to follow on Twitter. In fact, Emily attended the very first Podcast Expo and Podcast Awards 10 years ago!

Catch Emily’s podcast Sex With Emily on Podcast One, and don’t forget to reach out to her on Twitter at @SexWithEmily to let her know you’re looking forward to the Podcast Awards.

Nominations are now open for the 10th Annual Podcast Awards

The polls are open! Stop by the Podcast Awards website and to cast your vote for your favorite podcasts in niches such as Business, Comedy, Entertainment, and Education.