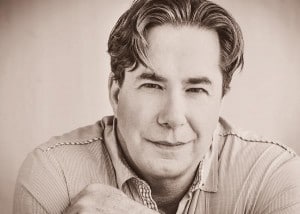 One of the biggest challenges most folks have writing a press release is trying to get the media or a journalist’s attention without bragging, overusing meaningless terms, or sounding too hypey.

Most people make the mistake when learning to write a release of thinking if you just brag about how cool or interesting your business is that journalists will beat a path to you door. In fact, the exact opposite is true. All day, every day, the media is bombarded with press releases that say “We are the best! We are the most innovative company out there with synergistic, disruptive technology”!

Do you know what happens to these press releases? Approximately 99.99% of these types of submissions wind up in the trash can because the media just doesn’t care about you or your business. The media is in the story business. If you don’t  give them something is story worthy, they’re simply going to ignore you.

You don’t want to be ignored. You have something worthy to get to the press. So, what do you do? Avoid being like everybody else. After running a press release service and seeing thousands of submissions that come through my door, I’ve been able to spot the things that puts your press release in the trash folder almost immediately.

Here are 10 words I highly recommend you avoid when writing a press release:

1) Solutions. One of the most over used words in PR. It goes without saying your product is going to be a solution to something, so in reality there is no reason to tell the reader something they already assume is true.

2) Bleeding edge. Really? bleeding edge? Just you and a million other folks claiming the same thing.

3) Value-added. What does that really mean? Aren’t all businesses supposed to be bringing value? Why do you need to tell someone that little tidbit of info? They already assume you are bringing value.

4) Outside the box. Waayyyy over used. Just don’t.

5) Industry Leader. If you really are an industry leader you don’t need to tell your reader. They already know, and if you aren’t, they are going to call B.S. on you.

7) Disruptive. Are you a Steve Jobs or a Bill Gates? If not you do not have disruptive technology; “trust me”.

9) Synergy. I throw up in my mouth every time I see this word in a press release. Unfortunately I see it a lot.

10) Revolutionary. If you are not innovative or disruptive you are also not revolutionary and again, if your product really is revolutionary you don’t need to tell anyone that little tidbit. They already know.

Now that you know the top ten things to avoid when writing your next press release, you’re 99% ahead of the game. Now it’s time to think of titles that will capture the media’s attention.

Rob Burns is the President and founder of prREACH.com the worlds first viral social VIDEO press release service. If you liked this article feel free to share it on your social channels. You can find him on twitter @PRreachNews or Facebook https://www.facebook.com/prreach .