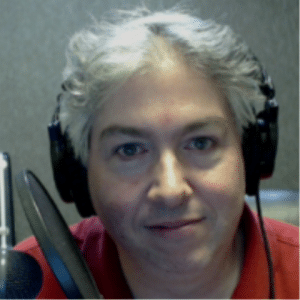 A Little Bit About Dave

So who is David Jackson?

Other than being a frequent NMX attendee and speaker Dave has spoken at multiple Podcamp events. He is the founder of School of Podcasting where he has over 1.1 Million downloads. He has more than 20 years of technical training experience.  Dave has walked the walk. From his own successful podcast to personally coaching legions of other successful podcasters. He knows what it takes to be a good speaker. Dave has an educator’s mindset and maybe most importantly he has a big heart.  People love Dave!!

This Was A Big Decision

I had to think long and hard about who was going to take over as Director of Podcasting. When Cliff Ravenscraft told me he was stepping down after the show this year I was worried. Cliff had done an amazing job since our New York show in 2012. The Podcasting Track was moving full speed ahead at New Media Expo. The Podcast Awards doubled in attendance from 2013 to 2014. There was real energy and excitement from the podcasting community.  I didn’t want to lose momentum. Picking the right person was critical. I knew Cliff was the perfect guy for the job on our very first call. After all he’s the Podcast Answer Man. Who can replace that?

How Did We Find Dave Jackson?

So here I am sweating who is going to replace Cliff. I was having a conversation with Todd Cochrane from Blubrry about the something completely different, and out of the blue, he brought up Dave’s name and said he would be great as our Director of Podcasting.

The very next day Rob Walch at Libsyn did the same thing and brought up Dave’s name completely unsolicited. Many of you know Todd and Rob are friendly competitors. Libsyn and Blubrry are both long time sponsors, but there is no way these two guys got together ahead of time and came up with a plan to convince me who to hire for the gig.

Fast forward a week or so, and I’m doing an interview with Todd and Rob Greenlee on their New Media Show when Dave happened to ask a question in the chat group. That was one too many coincidences for me. I told Rob on air to have Dave call me; Dave sent me his phone number right away.

A couple of days later I gave Dave a ring. I was interviewing him before he really knew what the call was about. When I told him why I was calling, I could tell he was excited but a little nervous at the same time. At the end of the call, like any good husband would, he said he needed to check with his wife and make sure it was okay with her.

Five minutes later he called me back and said Mrs. Jackson was on board.

Even though I knew we were going to offer him the job, I had to make Dave sweat a few more days (Sorry Dave). Just like my first phone call with Cliff, I knew Dave was the guy very early in the conversation. HE LOVES PODCASTING, he loves teaching and he loves helping podcasters.  His twitter handle is @Learntopodcast for goodness sake! On top of all that, I liked his energy and vision and like so many other people in the podcasting community I just like Dave as a person.

How about I let Dave answer that question:

I’ve watched this expo go grow over the years, and every year new media has a bigger footprint with a greater impact. I’m looking forward to expanding our world by being side by side with NAB show this year. I’m going to continue the tradition of bringing the best content by the top speakers as we all take advantage of the global opportunities that are provided by New Media. I’m beyond excited and look forward to working with everyone to make this the best NMX ever.

Once again please join me in welcoming Dave Jackson as our new Director of Podcasting for New Media Expo!