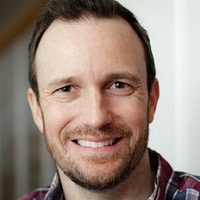 Recently, I was lucky enough to get to interview Ray Ortega from The Podcasters’ Studio about the art of building relationships with others in your niche, something he has definitely mastered! Ray went from being just a listener to being a podcast coach and even building friendships with many of the people who inspired him to podcast in the first place. Check out his advice for connecting with a-listers, no matter how new or experienced you are in your field:

Allison: Who was the best guest you ever interviewed for a podcast and why?

Ray: I think the best guest I’ve had on The Podcasters’ Studio was David Jackson from The School of Podcasting.

For me, having Dave on my show represented a personal podcasting achievement, I had come full-circle. About the time I started producing my own podcast, I started listening to Dave and his show about producing podcasts. I had fallen so much in love with podcasting that I wanted to know every single detail I could find on producing them. Little did I know where this adventure would take me (I now produce podcasts for a living).

I listened to Dave at work, to the point of getting a warning to stop listening to my iPod while on the clock. It didn’t stop me. I would listen with one earbud and spend every moment of my waking hours studying all the elements of how to produce the best possible podcast. Dave was a big part of those early lessons and inspiration. Dave and I are now good friends but I’ve often referred to him as a digital mentor.

So having Dave on my very own show was a signal that I had made it to where I wanted to be. I was producing my own podcasts, making friends with others in my niche and becoming peers with those I respected most in the podcasting space.

Having Dave on my show and finding out he respected the work I was doing in the very same niche was a personal signal that I had arrived. Fast forward to today, Dave is a regular co-host on my show Podcasters’ Roundtable along with Daniel J. Lewis and we’ll all be presenting together at NMX 2014. The adventure continues…

It can be really intimidating to reach out to role models. How did you first start developing a relationship with Dave?

Dave had a segment on his show called “Last Five in Five” where the audience could call in and tell him what was the last five podcasts you had listened to? I called in and left my Last Five and Five and that was my first interaction.

However, this doesn’t mean that Dave suddenly knew who I was. I don’t recall exactly how we connected and started getting to know each other but eventually I had him on my show The Podcasters’ Studio.

That’s one of the great things about podcasting, you can go out and ask someone you admire to be on your show and in most cases they will say yes. This is a great way to start building relationships with your peers.

The key is to participate in your community or the community you want to be a part of. In Dave’s case I provided feedback and content for his show. Later on I had him on my show which provided him with an opportunity to reach my audience; more of the same people he was already trying to reach.

In both cases I was trying to provide value before or while asking for anything in return. Over time, you’ll build trusting relationships that last. Dave now co-hosts my show Podcasters’ Roundtable and we consider ourselves good friends.

What tips do you have for getting a-listers to reply to you, even though their inboxes are overwhelmingly full?

As I mentioned before, in most cases, the key to approaching “a-listers” or anyone, is to just ask. In the case of the a-lister, you may have a hard time actually reaching them because they have so many requests for interviews, feedback, guest post, etc.

Pat Flynn is a great example of someone you can’t just email and get a response. His email is just too overwhelmed with requests for his time. But if you follow Pat at all, you know this or you at least know that he can be found other places beyond email.

In my case I wanted Pat to join us on a Round of Podcasters’ Roundtable. Because I know Pat is on twitter and I’m also on Twitter (@PodcastHelper) I simply sent him a tweet. And what do you know? He answered. Within a short amount of time we exchanged tweets and soon after he appeared on Podcasters’ Roundtable – Round 10 – Podcasting “Success” with Pat Flynn.

They key takeaway here is to go wherever the people you want to reach are spending their time. Almost everybody in new media these days has accounts on Facebook, Twitter, Google+, etc. Find them where they are having conversations and start participating.

Things have definitely come full circle in more ways than one! You’re now a well-respected podcaster who has listeners in the same position you were in back when you first started listening to Dave’s podcast. What are the most common mistakes fans make when they email you wanting to build a relationship or work together?

After spending years building my own brand, I’m now in a position where I’m fortunate enough to have people asking me for interviews, etc. If there is one tip I would give after being on the receiving end of requests to work together it would be to keep it short.

I love hearing someone’s podcasting journey, their goals and ideas but when making initial contact, the key to getting a response (at least a quick one) is being short and to the point. This works well in comments too.

I find it much easier to send quick replies to short emails and comments. And I reply to every single email and comment that I see (some get lost in the ether). Perhaps that’s why I like Twitter so much. Short and to the point is very effective in the fast paced environment of new media and social networking.

Lastly, when you do get the chance to work with one of your role models for the first time, such as interviewing them on your podcast, how can you best continue to build that relationship without being too pushy or asking too much?

If you have the chance to interact with someone you respect in your niche and want that relationship to grow, keep providing value. Continue to participate in their community, listen to their podcast, read their blog, etc. and send them feedback.

These are things you should already be doing because you live in your niche. You’re likely already participating in their community because their content is related to your content, the stuff you love to consume and produce. A natural relationship will build from there and over time you’ll likely cross paths and work with the same people you’ve looked up to for years.

Everybody was in your spot at some point regardless of how “successful” they are today. With lots of hard work and a genuine approach to others, you can pull up right alongside those you respect and have a show, blog, channel, as influential and respected as their own.

Podcasting is beautiful because it’s open. It’s open to anyone who wants to do it and those who put in the work will see its rewards be it friendships, professional achievements, money or any number of other ways podcasting pays you back.

Thanks for an awesome interview, Ray!

For those of you who are interested in learning more about podcasting, check out the Podcasting Track at NMX! This is a great chance to start building relationships with a-listers across several niches. Don’t forget to use the 20% off discount code ALLI20 if you are interested in attending the show!