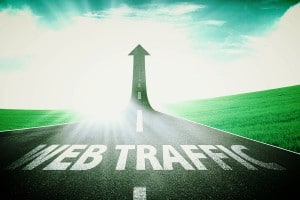 When I first started blogging, the idea that people I didn’t know were reading my posts freaked me out. It was hard to believe that anyone other than my mom could care about what I had to say!

But today, like most bloggers, I care a great deal about traffic numbers and what I can do to increase them.

All traffic is good traffic, but some traffic is better traffic. I will never turn readers away, but the the techniques I use to get new readers need to fall in line with my specific niche and blog goals, simply because there are only so many hours in each day. One of the most common mistakes I see new bloggers making is going for the easy traffic instead of going for targeted traffic.

The best way to get targeted traffic? You may not like it, but here’s the answer: pay for it.

Paid Targeted Traffic: Wait…You Need to Read This Before You Say “No Way!”

When I tell people that paying for traffic is the best way to get more targeted readers to your blog, most people don’t want to hear anything else I have to say. But let me break it down for you and tell you why you should embrace paid traffic!

But instead, let’s say you spend $1,000 on getting the same amount of targeted traffic with Adwords, Facebook, and other means of getting traffic from people who are extremely interested in your blog, based on researched demographics and search behavior. Instead of 10% of the traffic signing up for your list, you double that rate and 20% sign up. That means your week was worth $6,000 instead. Once you subtract the $1,000 you spend on traffic, you’re still operating at a gain, having made a profit of $5,000 instead of just $3,000.

Paid Targeted Traffic is About Testing and the Long Game

Of course, in my examples, my numbers of arbitrary. You might spend $1,000 and see only a 1% difference in sign-up traffic, which means that your overall profit would be $2,300–not nearly as good as your results with organic traffic.

It’s all about testing. What ads should you buy? How can you optimize them not only to get the top number of clicks, but the top number of highly targeted clicks? Who exactly is your target audience, not just for your free blog content, but for whatever you’re selling?

Testing never truly ends. There’s always something you could be doing better, and an ad that performs well today might not perform well a month from now. Until you get some base testing done, however, you might not see much profit…or any profit. What’s important is this:

Before you start paying for traffic, come up with a plan and budget for testing and optimizing your campaigns.

Paid traffic rarely works if you simply run a burst of ads for a week. You need to be able to afford to test ads over the course of time, knowing that you won’t see a return on investment at first. If you can’t afford to do that, paid traffic isn’t your best option right now.

If you don’t have the budget to pay for ads at the moment, you can still get targeted traffic to your blog. Like with paid traffic, it’s all about testing. You want to spend your time on the promotion activities that give you the best returns.

Bounce rate alone doesn’t tell the whole story, but this is a start. Look for traffic sources that have a low bounce rate. This will change based on your niche and your specific content. For some bloggers, Pinterest performs well, well other bloggers have more luck with SEO and still others see the best results with Twitter. Test, test, test!

Look beyond bounce rate. Use Google Analytics to set up a goal and track conversions. This allows you to see which traffic sources get you the most new subscribers. Sometimes, your bounce rate might be extremely low (which is a good thing), but the subscriber rate is also very low (which is a bad thing).

Do you pay for targeted traffic? What have your experiences been with this kind of traffic versus non-paid (organic) traffic? 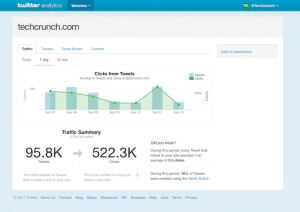