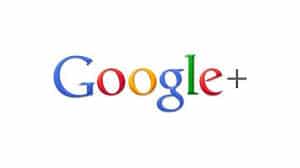 The principle behind the founding of Google is quite simple: Some webpages are much more important others. How do they decide which are the most important? Basically, importance is given to content that Google believes answers questions users have about a particular topic better than other webpages.

The face of internet search technology was completely changed by Google webpage evaluations. They evaluate each link pointing to a particular webpage according to the quantity, as well as how much Google trusts the sites the links come from.

However, in 1998 things changed even more. That’s when Google also began judging the popularity of a webpage based on the amount of likes it receives through social media sharing. Social sharing helps to increase the search engine rankings of a particular webpage. Yet, Facebook and Twitter still aren’t exactly cooperative with Google. The webpage itself was always the focus of the story, until recently. Thanks to Google+, the writer is now a central part as well.

How to Increase Your Google+ Audience

Google+ profiles serve as verifiable identities for bloggers. Your reputation on Google+ is influenced by several factors:

Thanks to Google+, your content is not the only thing users can vote for to grow your reputation. Today, when you get a +1 on your content, you, personally, are also getting a +1 vote. Many users say that Google+ profiles appear to grow much faster than on both Facebook and Twitter.

So, what are some effective ways to build your Google+ audience? Just keep in mind that G+ is a social media platform made up of groups of like-minded people, called communities. Therefore, that’s exactly how you should treat it.

Your blog must contain interesting content that’s relevant and valuable to the lives of your target audience. Social media marketing is one of the most effective techniques for getting the word out about your blog and its great content.

Are you using Google+ to interact with your target audience? If so, what are some of the methods you use to lure readers to your blog posts using Google+?