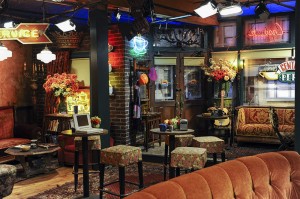 So no one told you life was gonna be this way…

Every web series needs a great cast of characters. But developing believable, interesting characters is easier said than done. It’s the same across all fictional mediums, no matter why you’re writing characters. The process isn’t easy.

For character creation inspiration, I like to turn to one of my favorite television shows of all time: Friends

At first glance, the characters in Friends are extremely stereotypical and one-dimensional. For those of you who haven’t watched the show, it follows the lives of six friends living in Manhattan. Joey is the hot, stupid one. Rachel is the preppy cheerleader type. Ross is the nerd. Chandler is the class clown. Monica is the motherly, neurotic one. Phoebe is the free spirit.

When you start by given your characters recognizable characteristics, you make it easier for the viewer to relate to them. At one point or another, we’ve all met a Phoebe. We’ve all gone to high school with a Rachel. We’ve dated a Joey and felt like a Ross. When a character is unfamiliar to us, we can’t relate, and thus, it is hard to get sucked into the story.

Starting with a cast of stock characters also allows you to ensure that your ensemble is balanced. Too many jokers leaves you no straight man to make the joke work. Too many brains can leave you without charm in the dialogue. Too many flighty characters leads to a script that is unfocused and a storyline that is confusing.

What you may fail to realize if you never watched more than an episode or two of Friends is that the six main characters are extremely developed. That’s part of the reason why the show worked so well. On the surface, they were caricatures, but each of the friends had a back story, deep motivations, weaknesses, flaws, and secrets (see my post about creating strong characters with secrets here). We saw them get hurt and we celebrated their triumphs.

Take Rachel, for example. She starts in the series as the typical “popular girl.” She’s the cute waitress who loves to shop and goes out on a million dates. Dig a little deeper, though, and you’ll suddenly find her insecurities about herself, her mixed feelings about relationships (especially with Ross), and her drive to be successful in her career. Her character can be funny, emotional, and caring, while still being the popular girl who was prom queen in high school.

When writing a web series, you have a unique challenge: making us understand a character’s layers in a limited time. Not every web series has short episodes, but even if you go for a longer episode length, the attention span of an Internet audience is extremely short. If they don’t see character development fairly quickly, they’ll be on to the next show, lickity-split.

Stock characteristics might make it easy for viewers to relate to a character, but layers make he character interesting. What can you do, from the very first scene a new character is introduced, to begin adding layers?

What I like most about Friends is that this is truly a show about relationships. Rarely do we see characters alone or even in a scene where one of the other main characters isn’t also present. These relationships help to shape who the characters become.

Think of your character development process like the process of carving a marble statue. While you might be able to finish it 99% of the way, the relationships between characters are what smooth the edges and refine the statue. Have you ever gone back to re-watch a series you really like? Notice how the characters in the first episodes seem flat? That’s often because no relationships were developed yet. Every interaction a character has with another character adds a little something more to the story.

I personally believe that Friends is a unique example of writers hitting a sweet spot with characters. Other shows have tried to emulate this success (How I Met Your Mother is a prime example), and while I think some have succeeded, Friends is still my favorite example of strong character creation and development.