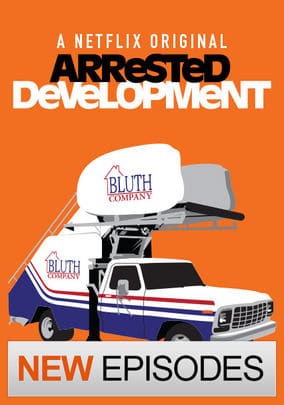 Recently, Arrested Development returned to the air after seven years of wearing the all-too-common “cult classic that was cancelled by Fox” badge. This riches-to-rags story follows the fictional Bluth family and the cast includes notables such as Michael Cera, Will Arnett, Jason Bateman, and Portia de Rossi.

What’s notable about this release, however, is not only did the show come back with its original cast after being cancelled, but also that it was relaunched on Netflix. The streaming and DVD rental service licensed the rights to a fourth season for Arrested Development as part of their new push to include original programming as part of their offerings.

Like other Netflix-only series that were recently released, Arrested Development was offered to views in its entirety when launched. Viewers can binge-watch the entire season in one sitting or choose to spread out the episodes over time based on their own schedule. So far, fans are underwhelmed. Netflix’s stock has dropped, and critics have given the season mixed reviews.

But perhaps more importantly than the success of this one series is the notion that Netflix is changing how consumers think about TV, which has a ripple effect across all forms of entertainment. Certainly, this has implications for the Web TV community.

The traditional way of monetizing entertainment (specially anything episodic) is to have commercials throughout. Yes, some shows also do product placement and other forms of monetization, but commercials are the bread and butter.

With a show like Arrested Development steaming on Netflix, however, you don’t have those traditional commercial breaks. Let’s be honest, ever since the introduction of DVRs, commercials haven’t been reaching as many people anyway. But Netflix’s original program forces advertisers to think outside the box.

This is great news for web series producers. Some shows have “commercial breaks,” but online, people aren’t as tolerant of any kind of disruption in entertainment. So, producers have had to be creative with monetization – and ad companies aren’t always ready for that kind of thinking.

If more big-name shows like Arrested Development force advertisers to think outside the box, they may also be open to creative deals with others in the web TV community.

I Want What I Want and I Want it Now

One of the major criticisms I’ve seen about what Netflix is doing is that it takes the conversation out of television when entire series are presented at once. And it is true that after each episode of a popular TV show, the web is buzzing with fans talking about it on Twitter, Facebook, and platforms like GetGlue. The next day, the same is true at the water cooler at work. People are talking about the latest episode and anticipating next week’s developments.

You just don’t get this with Netflix. Some rabid fans of a popular series will watch over the course of a day or two, depending on how many episode are in the series and how long each episode lasts. A good majority will finish in the first week or two, and even more in the first few months. But everyone is on their own schedule. Fans might even refrain from talking about the series at all due to worries about spoilers.

But on the other side, people have an increasing “I want what I want and I want it now” type of attitude about all things. Allowing the consumer to dictate the speed at which a show’s series is watched plays into this hand.

This also allows more people to become fans. I don’t know about you, but I often watch the first episode or two of a series, then forget it’s on. If my DVR is full, I might never watch it again, even though I liked what I saw originally. This kind of “all at once” presentation avoid the problem of people forgetting about a show between weeks, so more fans may develop over time.

Is it the right choice? I’m not sure. But if you’re a web series producer, it’s a question you should be considering. Arrested Development has such a big built-in fan base that it’s a great case study for presentation methods.

As Netflix continues to experiment with presenting shows in a non-traditional way, you can bet that everyone will be watching. Could this be the start of a wave of bigger deals for smaller shows?

Or, will it mean that big-budgets shows will invade the web space?

Or maybe a combination of both?

If you produce web series, be part of the conversation instead of just allowing it to happen around you. The silver screen entertainment world is changing drastically, so now’s the time to try new techniques for presenting your content and thinking outside the box when trying to attract both viewers and advertisers.

What do you think launches like Arrested Development mean for the web TV world? Leave a comment below.