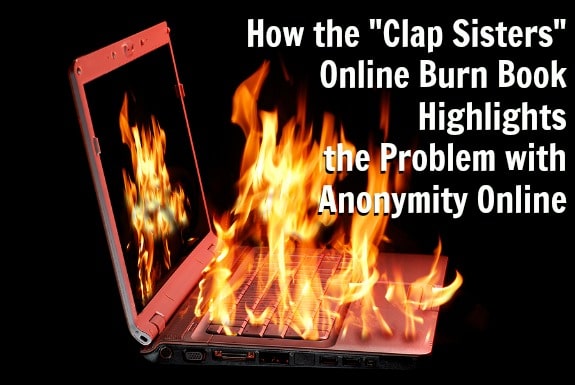 Editor’s note: I was shocked when I stumbled on a post about an anonymous group who started a site that is basically an online “burn book.” I reached out to Brittany to tell the story here on the NMX blog, and I’m so excited she agreed! Since then, the Twitter account for the group has been shut down. There’s been speculation of who was being this group and denial of involvement. If you haven’t heard about this group, take a gander at what Brittany has to say about it – and leave your comments about this blog drama at the end!

If you’re a blogger or even just a reader of blogs, you might have noticed that the whole dynamic of blogging has rapidly started to shift. These shifts have been especially noticeable within the last few weeks. It’s turning into a popularity contest, and we’re not talking page views here. Bloggers are bashing one another about silly things like what they’re hair looks like. We have full-on Twitter wars going on about subjects like copying each other’s ideas (it’s the Internet your ideas will probably be copied here and there, as they say imitation is the most sincere form of flattery.) What has really turned the blog world upside down are two e-mails that have been sent out this past week.

The first e-mail, from an anonymous group calling themselves “The Clap Sisters” the e-mail was announcing a new website launch for April 13th. This website is dedicated to being anonymous and leaking gossip about fellow bloggers. Their email promises,

“When our site is launched, you’ll have the opportunity to anonymously submit your dirty, juicy clap with us.”

It then goes on to a link to a Google document where you can submit your gossip about your fellow bloggers. An example they give of the gossip they’re looking for:

“Kennedy is a former coke addict that’s been to rehab 3 different times. She always plays up the good girl image, but my best friend was her live in nurse.”

As you can imagine, this started a major uproar in the blogging community. A second e-mail surfaced 2 days later. This new e-mail from a group called “Bloggers Anonymous” who state,

“There are those out there who would love to make each and every one of us feel like we’re nothing. But that is NOT what blogging is about! It is about building each other up, celebrating who we are, and sharing our story.”

That sounds fabulous, it does, but that’s not really what blogging is about either, is it? I think if you blogged just to get a pat on the back about something, you’re blogging for all the wrong reasons. Blogger Anonymous is now creating a countering anonymous site also debuting on April 13th, where you can submit anonymous entries to build a bloggers self-esteem up. Judging by the fact that their official Facebook page only has 23 likes (at the time of writing this post), I believe everyone else feels the same way about this site: It won’t work. It’s just going to backfire.

So, which of these new blogging sites is the one that we should support? Neither.

Both sites are anonymous, which is just altogether bad. When anyone posts on these sites, people are going to start feeling left out if they’re not mentioned. When bloggers start feeling the animosity of being left out they’re more likely to bash bloggers on the gossip site.

What we have to do is leave the anonymity behind completely. If you appreciate someone’s blog, tell them! You can even tell your readers. Ask your blog friends to guest post, tweet about that blog you like, or post a link on your Facebook wall. Just find a way to tell them that isn’t hidden behind smoke and mirrors. If you really have something bad to say about another blogger, maybe you can talk to them about it if it’s constructive criticism, and if you really have to say something bad about their color scheme or logo, vent to a friend over coffee. Ok, yes, talking behind someone’s back is bad, but it’s so much better than posting it on the internet where it can’t be deleted, where everyone will know, and where feelings will inevitably be crushed.

When we decide to start a blog we have to welcome criticism, we have to understand that not everyone will care about your posts, and that not everyone on the internet will play fair. Am I a little bummed that someone obnoxiously posted about one of my recipes being fattening, maybe. Did I let it ruin my day, heck no! Laugh it off, and just keep going with your day. For every crappy comment you may receive on a blog post, I’m sure you have at least 10 great compliments somewhere on your blog.

And for the record, that recipe was super fattening, just like all my recipes. I live in the state of cheese, beer, and all things deep fried. It happens.

Editor’s note: Here’s what some other tweeters have said about The Clap Sisters:

@chelseaoliviaxo @songbirdsandbut That tweet about @auniesauce totally got under my skin. People are so mean!

@theclapsisters I’m all for calling out people when they’re doing stupid stuff, but that seems uncalled for. @auniesauce

@kvconfessions @theclapsisters @auniesauce I admit I can get my snark on, but I think medical conditions are off limits. No bueno.

@theclapsisters wow a new time low has been reached.how much bullying and “ganging up” needs to happen for you to feel good.

Did you get an invite to join either of these anonymous groups? What do you think of anonymity on the Internet? Leave a comment below!