By all measures, the original Fiesta Movement in 2009 was a huge success. 100 Fiesta Agents helped us introduce a new vehicle to the U.S., break a Guinness Book of World Records record, travel more than 1.4 million miles and generate more than 3.7 million Twitter impressions.

However, the world has changed since 2009 and social media has advanced tremendously in the interim. New platforms have been developed, existing platforms have grown in reach and impact, and our stylish and fuel efficient Fiesta has evolved, as well. Since the Fiesta attracts more Millennials than any other Ford vehicle, we have to tell its story in a way that is different from other models.

That being said, we are so excited to announce the launch of Fiesta Movement: A Social Remix.

Unlike other campaigns, Ford will use content created only by selected influencers – “agents” – through multiple media channels and partners. This will be our first-ever entirely user-generated campaign. Once again, 100 passionate and socially connected people will be selected and given a new Fiesta and become stars in front of and behind the camera.

Ford’s CMO, Jim Farley, summed up our objective: “Fiesta was designed to reflect the individuality of the customer, so we feel the marketing efforts should give the reins to the people who will be driving it. We have a fuel-efficient, tech-savvy and stylish car that doesn’t sacrifice on performance – it truly has its own personality. That personality will come through in the stories and experiences of real people.”

Agents will debut the content they create on their own social pages and as it gains popularity, we will feature it on www.fiestamovement.com and amplify the best of the best across digital, print, broadcast and outdoor advertising. Any and all content can become part of the living, breathing story of the new Ford Fiesta.

That’s right, every advertisement you see, hear, and read for the upcoming 2014 Fiesta will come from the program. A Fiesta Agent-created YouTube video could end up as a nationally-run TV commercial or Instagram photos could be turned into print ads.

You’ll see some other twists with integrations into American Idol, X Games and music festival Bonnaroo. The new Fiesta Movement will bring together alumni from the original Fiesta Movement and will include celebrities, current Fiesta owners and new agents – all carrying out a series of exciting missions with the 2014 Fiesta. Ford will provide agents with gas, insurance coverage, cameras and other tools they need to create content.

Not only that, but you have until April 30, 2013 to apply and we know that the New Media Expo community is full of passionate content creators. Learn more and submit your application at www.fiestamovement.com.

During the course of the original Fiesta Movement, content from Fiesta Agents produced 4.3 million YouTube views, more than half a million Flickr views and helped identify 50,000 interested potential customers—97 percent of whom didn’t own a Ford. This time around, it’s not just about the likes and shares; it’s about the democratization of media. 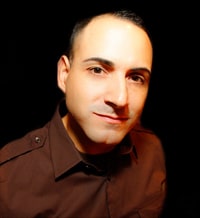