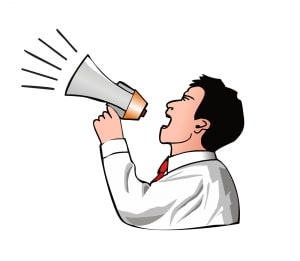 Working with major influencers might be able to help your brand reach new audiences, but are you reaching out to the wrong people online? How you measure the value of an influencer can drastically affect the success of your campaigns. Let’s take a look at three mistakes brands are making when it comes to working with social influencers.

Most companies monitor the the ROI of working with individuals or groups of influencers, but this isn’t the only thing you should be monitoring. In a post for Social Media Examiner, Russ Henneberry from Content Measures notes that one of the most important things for you to follow is what else a person is saying online. Why? You might not want to endorse what they are doing.

Remember, when you’re working with an influencer to promote your brand, they are a low-level spokesperson for your company. Someone who has a large, engaged network isn’t always a good choice if they are also saying things that aren’t in line with your brand’s mission statement. For example, someone who curses or talks about adult topics often might not be great for promoting a family brand, even if they are followed by a lot of parents.

Mistake #2: Working with Influencers who Promote Anything for a Buck

We all need to make a living, but if you’re working with social influencers who are willing to promote nearly anything, you might be missing the mark a bit. Someone promoting several things throughout the day is doing little more than broadcasting. Even if they have a large, engaged audience, few people will read the message about your company simply because the stream is moving too fast.

Instead, look for influencers who are a little more selective about what they promote. These influencers, because they work with a smaller number of brands, are more useful to you, since their audience doesn’t have as much content fatigue as influencers who are constantly promoting something or other.

Mistake #3: Neglecting Social Influencers who Already Like Your Brand

Keep your community, especially the top influencers, engaged, offer sneak previews, coupons, and other offers. Retweet your fans and republish their content (with permission). Above all, listen. Don’t just respond to complaints. Show your appreciation for positive comments as well.