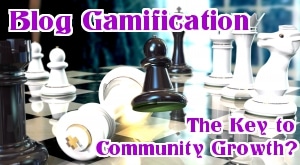 I look at my clock and it’s less than an hour until my next deadline. I haven’t had time to eat a proper meal in days, nor do I remember the last time I got a full night’s sleep. Heck, I haven’t even had time to shower yet today, and let’s not talk about my pile of laundry. Must work. Must get this done before time runs out…

And then my phone buzzes to tell me that it’s my turn to play on Draw Something. Somehow, I find the time to play.

Does that scene sound familiar? It does for me. A few months ago, I had to quit mobile/social games cold turkey because they were actually starting to interfere with my work. These games can be intoxicating, addictive even. And it’s no accident. Gamemakers know exactly what they are doing when they make games. They want you to spend as much time playing as possible, since that means you’re viewing more ads or even spending your own money on customization options.

It’s no wonder how Farmville, one of gaming powerhouse Zynga’s most popular games, has 2.5 million active daily users. What blogger among us wouln’t kill for those stats? Games are addicting; they keep people coming back for more. Maybe there’s something we can learn from that.

Could gamification be the key to building your blog community? Could it be the element you’re missing, the reason your stats haven’t yet exploded?

Gamification doesn’t mean that you make your blog agame. It simply means that you use game elements to make the experience more interactive and addicting for your community members.

Blog posts as an evolution of the article already bring some of these elements to the table. For example, blogs were the beginning of a more social web. For the first time, published articles weren’t just a one-way street, with the author talking to an audience. Most blogs allow comments, which makes the conversation two-way.

Being able to add to an article and start a conversation makes you invested. You’re talking to the author and you’re talking to other members of the community. You’re involved now.

Comments are so common online, though, that they don’t have the same effect as they did at first. So, how can you take these same gamification elements and expand them to get your community involved even further?

To better understan the concept of gamification, let’s take a look at some examples of bloggers adding these elements to their sites:

Over at Six Sisters’ Stuff, the blog is host of a weekly link party, where other food and DIY bloggers post links to their favorite projects from the past week. This already adds a level of interaction, but even more importantly, the sisters feature their favorites every week, choosing a handful from the projects submitted to promote to their fans. It’s a mini competition every week, with the community encouraged to participate every week in order to be considered for the honor of being featured.

Comment Luv’s premium version isn’t free, but it does allow you to enable some gamification on your blog posts. With Comment Luv, you can allow readers to include a link to their latest blog post every time they leave a comment. This in and of itself is gamification, as you’re rewarding people for taking an action that you want them to take (in this case, the reward is the link and the action is the comment). With the premium version, however, you can also allow them further rewards for taking more actions. For example, you can set it up so that readers who comment a certain number of times get access to post not just their most recent link, but any of the ten most recent links.

You can increase the gamification of this by including a “top commenters” widget on your sidebar in order to recognize readers who comment the most. This is something we do here on the NMX blog. Our sidebar shows the top non-staff commenters over the past 30 days, which encourages people to comment more and reach the top of that list.

The Elements of Gamification

Basically, gamification comes down to two elements: a rewards system or competition. The best systems allow for both. You want to offer something of value for people who participate in your community, whether that’s a link or a special feature or something else. You also want to pit community members against one another to see who can be the best at something (always making sure the competition is as fair and friendly as possible). The three examples above aren’t the only ways to do this on your blog.