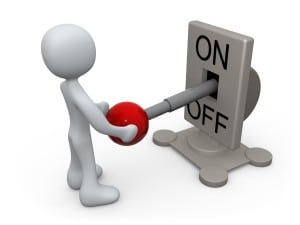 Have you ever followed someone on Twitter, or liked their page on Facebook, only to find that their updates put you off them completely? Perhaps you loved their products, but their attitude left a nasty taste in your mouth.

You don’t want to become that person. If you’re making any of the following four social media
mistakes, you risk losing followers – and customers.

One of the biggest no-nos of social media is to constantly promote your own products, books or services.

Of course social media is a great marketing tool – but that doesn’t mean every tweet or status update should be about your latest sale. (Retweeting or reposting customers’ praise falls into “self-
promotion” too.)

Instead of “me me me,” make the focus “you you you.” Be useful to your audience with links to great resources from other people, and engage in conversation.

You’ve had a bad morning: you were out of coffee, the car wouldn’t start, the traffic was awful – and
it’s only human to want to vent.

However, if your tweets or Facebook updates are constant whines about life, the universe and everything, you’re going to turn people off very quickly. Just imagine being stuck at a party with
someone who won’t stop complaining.

Instead of whining, try to find something positive to say (you might well discover it improves your
mood). If you do want to have a moan, try to see the lighter side too – a sense of humor, or a sense of the ridiculous, can work in your favor.

If you haven’t tweeted in weeks, or updated your Facebook page in months, people can’t engage with you. New followers or fans may visit and leave straight away, thinking that you’ve abandoned that social network.

You also won’t be visible to the people who do follow your updates – and if you suddenly throw
yourself back in to social networking, updating multiple times per day, they may leave because they’ve forgotten who you are.

You don’t have to be logged into social networks all day…but make sure that you don’t let too long go by without an update.

Strong opinions can work well for you in the online world – but if every discussion you take part in
spirals into an argument, people will steer clear.

On social media, we only have textual cues to go on – there’s no body language or tone of voice – so
it can be easy to take someone’s words the wrong way.

You may also want to steer clear of writing updates about potentially inflammatory topics: politics,
for instance. That way, you can avoid the possibility of an argument beginning between your fans – which isn’t likely to encourage onlookers to become part of your community.

So…over to you! Is there a type of social media update that’s guaranteed to turn you off? Let us
know your thoughts and experiences in the comments.