Twitter users publish more than half a billion tweets per day and Facebook is now integrated with more than 9 million apps and websites. With all of this online volume, it may seem like competing for your consumer’s attention is foolish. However, how much of that volume is from brands and people simply pushing out information without listening? Even though we are communicating with our consumers via a platform that takes away face-to-face communication, we need to be able to engage with them in a meaningful way.

That is exactly what Ford did with the second phase of its Random Acts of Fusion Campaign (or #backatyou).

Through consumer feedback and program performance, we learned that our first phase of the Random Acts of Fusion program was too complex. With Ryan Seacrest, Joel McHale and Kate Micucci, we set out to surprise and delight fans with opportunities big and small. It included charitable aspects, vehicle giveaways and more, and we created a documentary around it.

However, most people did not discover this program until its completion. There was just too much noise online for us to make a different. In order to cut through all the noise online our message had to be concise and clear. We had to focus on relationships in addition to paid media and content.

People want to be a part of something bigger than themselves.

Ford’s #backatyou campaign is taking consumer interaction to the next level. Instead of only rewarding select influencers, we are listening when people talk about Fusion and Ford Motor Company and engaging with our consumers directly instead of via a powerful gang of influencers and celebrities. When someone tweets a compliment, we tweet them back, offering a reward for their nice words.

What kind of reward? We’ve setup a multitude:  gift cards, lunch dates with Ford engineers via online hangouts, date nights in a Ford Fusion, and we even hired Reggie Watts to remix certain comments about the Fusion. 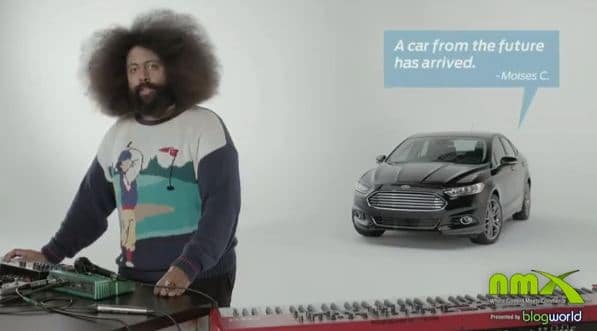 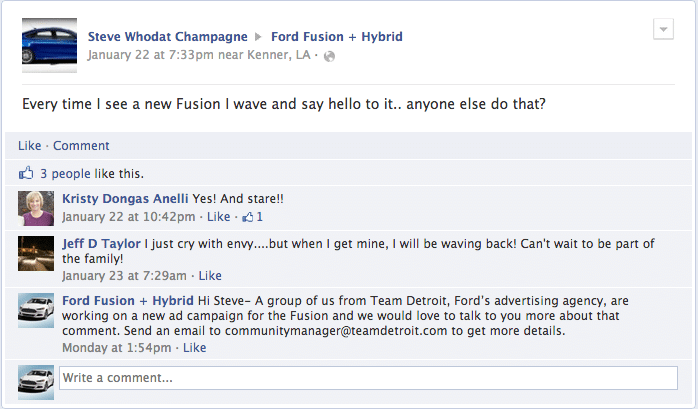 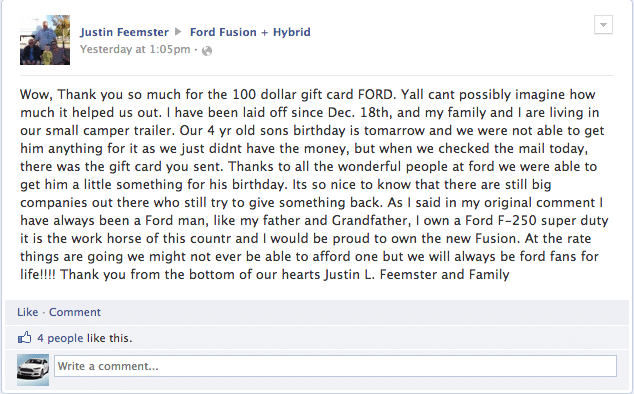