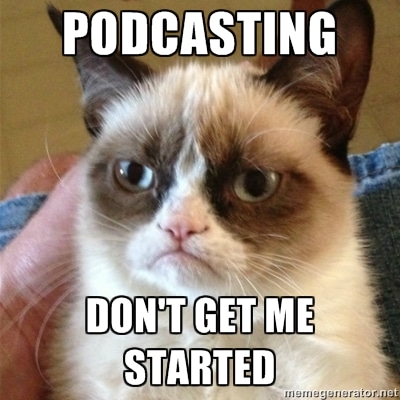 I recently participated in an episode of The Podcasters’ Roundtable, hosted by Ray Ortega. The topic of the evening was Podcasting Pet Peeves, and as I was prepping for the show, I thought, hey! NMX article! With seven participants, I knew I wouldn’t get to mention all of the peeves I was coming up with, and I didn’t want my irritations and annoyances to go unmentioned. You deserve to know what my pet peeves are, after all. Trust me, you do.

Note: A few items on the list here were brought up by other participants on the show, but this is my original list. Here we go!

1. Poor production values. Shows with no editing, no music, no levels (volume) correction…if you can’t be bothered to put a little effort into the quality of your show, don’t be surprised if your audience dwindles away. It doesn’t take much effort, honestly. A great source for free, “podsafe” music is MusicAlley.com.

B. Overuse of profanity. I have nothing against profanity in and of itself. But I’ll turn off a show with no regrets if every third word of every sentence is profane. Look, it’s a scalpel, not a sledgehammer. A well-timed profanity can have a profound impact on a sentence. Don’t overdo it. And above all, be grammatically correct. If you don’t know how to use a word, don’t use it until you learn.

III. Consultants and how-to folks telling you… that there’s only one way to do things. There are soooo many ways to produce a podcast. There is no one right way. Oh, there are lots of wrong ways, but anyone who tells you that you have to do things only one certain way—especially if that person is charging you consulting money—should not be taken seriously.

Four. Consultants and how-to folks telling you…that if you’re not going to get the best equipment right away, you might as well not bother podcasting. DO NOT buy a $300 microphone before you’ve recorded your first show. Anyone that tells you to start off buying a lot of expensive equipment is probably also selling that equipment. It’s unnecessary. Start with a $30 USB headset from Walmart.

5. Putting on a Voice. I want to hear you talk like yourself, not like someone else—unless you can pull it off consistently. Most people can’t, I’ve found. By the end of the show, they sound more like themselves than the character they tried to create at the beginning.

Seis. Straying too far from the premise. If your show is about kangaroos and you spend the first 10 minutes talking about the new iPad you got, that’s bad. If your premise is that you’re funny, but you’re really not…well, that’s also straying from the premise. Be yourself, inject your personality and don’t be afraid to go on short tangents periodically, but stick to the premise. 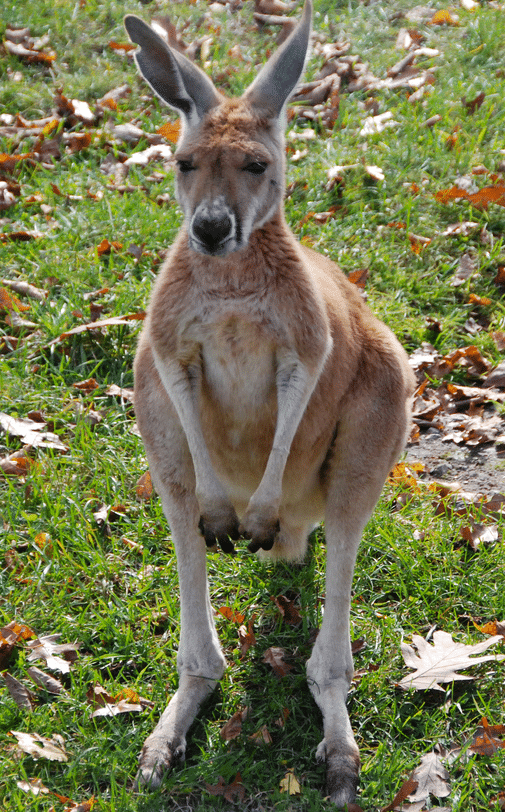 Never deviate from the kangaroo.

VII. Too many ads, especially at the beginning of the show. If you’re running ads for five “sponsors” that takes up a full three minutes before your show begins, you’re doing it wrong. I’m turning you off, and I’m not the only one, believe me. Spread them out in the show. Take a thirty second break every 20 minutes. Don’t do them all at once.

H. Interviewers throwing softball questions. It’s not that I think every interview subject should be asked deep, intimate questions the whole time, but if all you do for 30 minutes is ask how the weather is where they are and plug their new project, that’s a terrible interview. Your guest is interesting, or else you wouldn’t have booked him-or-her. Show the audience just how interesting.

Nine. Not equating podcasting to other forms of media like TV and radio. Sure, it’s a younger medium. Sure, it’s not consumed by nearly as many people. Okay, there’s not nearly as much money in it. But it’s growing, and it’s not going away. It’s every bit as valid as other media.

X. Calling podcasting online radio. Radio is a discrete technology that has as much in common with podcasting as movies do with television. They share some common, broad elements, but they are separate technologies. Other complaints about it aside, I dislike Blog Talk Radio for this reason. Doubly so, in fact, because what they do doesn’t really have anything directly to do with blogging, either.

I’m very interested in what you consider a podcasting pet peeve, from the perspective of either a listener or a producer! Let’s talk pet peeves and solutions in the comments below!