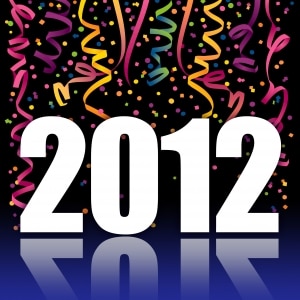 As 2012 comes to a close, I think we can call the biggest prediction (that the world would end) a bust. But what about predictions about blogging, social networking, and other parts of the new media world? Let’s take a look at 2012 predictions and whether or not they came true.

Where he said it: this post from Social Media Examiner

Did it come true: Yes

I think we can all agree that Jay was right on the money with this prediction. During 2012, both Pinterest and Instagram grew rapidly, and more and more people started experimenting with creating videos to publish online. Even on established social networks like Facebook, we saw a boost in people using images and video.

The post on Social Media Examiner contains a number of 2012 predictions, as well; some right on the money and others a little off the mark.

Who said it: Elise Moreau

Did it come true: Somewhat

While some of her other predictions definitely came true, I think this one is a little farther from what really happened. Social television is still lagging a bit, though it is definitely growing. What we are seeing are apps and websites like Get Glue expanding rapidly, but we still aren’t seeing widespread adoption of smart TVs. Second screen apps like those offered by AMC are also growing, and according to reports, more people are using tablets, computers, and smartphones to browse while watching TV.

So, I’ll say that this prediction came true…somewhat. But I think we still have a pretty far way to go when it comes to social television.

Where it was said: their 2012 predictions slide show

Did it come true: No

It’s not like nobody uses Google+. In fact, lots of people use Google+. But a force? No way. There’s little mainstream adoption; people have stuck to Facebook for the most part. But having a Google+ profile does have other benefits. Namely, Google has remained a search engine powerhouse, so Google+ posts regularly show up in search results. The information you provide also helps Google connect the dots to figure out who you are.

You can definitely be successful on Google+, though. Amanda Blain is going to speak at NMX 2013 about this very topic, in fact. It’s quite a stretch to call this network a force, though.

Who said it: Eric Wheeler

Where he said it: a blog post for Venture Beat

Did it come true? Yes (for the most part)

While there might be a few holdouts, it’s rare to find a brand that doesn’t have at least one social profile (usually Facebook), and many are on several networks. One of the other points he makes is that social data will become more important to brands, and I definitely think this has come true. While in the past, companies were using social media just because they “had” to, the question today on everyone’s mind is, “Why?” Brands want to see ROI, and without data, it’s impossible to show that.

Who said it: David Armano

Where he said it: a blog post for Harvard Business Review

Did it come true: Yes

But all joking aside, I like it that the Internet is becoming more social. Writes David, “We probably don’t know what we are willing to share until we see the option to do it.” How true is that? I find social sharing notices helpful as reminders to share my activities when they might interest others.

Did you make any social media predictions for 2012? Did they come true or were you surprised? Leave a comment below!