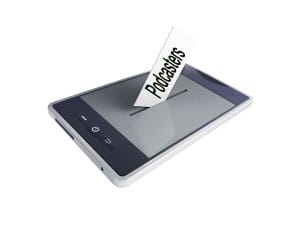 When someone is looking at expanding their presence online (especially bloggers), I try to encourage them to look into starting a podcast if they have not already. I know that podcasting can seem like a daunting task and from that fear I know many people never give it a try.

I know that podcasting does take some work, but I also know that podcasting helps you reach people in a new way and many times people that otherwise may have never found out about you. And so to try and back this point up I thought it would be a good idea to look at a few statistics of the potential audience as a whole.

The Reach Of Mobile Devices

Here is the thing, all of these statistics have gone up even more as more mobile devices have been added to the market, not to mention most of these mentioned were Apple products. Think of how many people use Android devices.

So why do these stats matter? Well I can say that most (if not all) of these devices listed above have the ability to play podcasts with them. And with the rise of Apple’s podcast app, Stitcher’s App, and Dog Catcher or Pocket Cast for Android, it is already evident that people are taking advantage of podcasts today.

Think of all of the people driving to work in a car. In 2011 it was calculated that 100.3 million people drive to work alone in their car. More than likely they are listening to something during that time and it could be music, but it could also be a podcast.

From some of the statistics I tried to find it appears that there are 25 million people who have gym memberships. And I’m sure that number is probably really low even to the amount of people who just exercise. Statistically, most people who exercise have a mobile device of some kind that plays audio for them while they workout.  It is true that they might be listening to music, but they also could be listening to a podcast.  Talk about a great opportunity for fitness podcasts.

But even if we were to step back and think about all of the people working at their desks somewhere, a podcast would be something great to listen to during that time or some other daily activity.

Editor’s Note: To learn more from Peder about starting a podcast, check out his NMX session this January called, “The Top Reasons Why Bloggers Should Launch A Podcast.” There’s still time to register!