“Overall, I think it’s going to keep becoming a bigger and bigger part of what everyone does. As big as it is already, more and more people will just keep getting on board. Ever since I’ve been on Twitter, my number of followers has kept going up and up. Social media is just the best way to give and receive information today. “

This past week, BusinessNext keynoter and Ultimate Fighting Championship President Dana White was featured in an interview with Mashable. With over 2.3 million Twitter followers, as well as active presences on other social networks like YouTube, Dana is a social media leader in the sports industry. In fact, the success of the UFC in recent years is due in part to the activity of the organization and and its athletes on social networks. 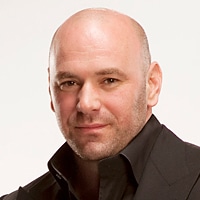 So is Dana correct? Is social media now the best way to share information?

In some cases, I think the answer is yes. I often hear of a breaking news story on Twitter before I see it on television or even on an online news outlet. And when I want information, it is usually pretty easy to ask my followers.

But I think social media as a source of information has challenges as well. Online, people are often more concerned with being first than they are with being correct. The spread of misinformation is a problem.

I also think that while many (okay most) of us who are part of the NMX community live and breathe social media, the general public is adopting more slowly. Many of my non-work friends only check Facebook a few times a week and most do not have active Twitter, LinkedIn, or YouTube accounts.

Still, I think any organization or company leader who is not opening social media with welcome arms, as Dana is doing, is in denial about the powerful tool this has become. And, as Dana states, I do believe it will only become a bigger and bigger part of our everyday lives.

Check out the rest of Dana’s interview with Mashable, and don’t forget to snag a ticket to BusinessNext (presented by NMX) this January to see Dana speak live about social media.