Ever since I first clicked on a link to a live-streamed show, I’ve been bullish on live.  This was back in April of 2007 just a few weeks after the first live-streaming platforms launched. As an actor turned producer I had awakened to the realization that in the 21st century artists no longer had to wait for other people to make their dreams come true – finally we had the tools to green light our own work, so by 2007 I was already deeply enmeshed in the online video world and active in social media, shooting podcasts, writing blog posts, Facebooking and Twittering away.  And then came that live-streamed show.  Just 15 minutes into it my heart began to beat a little faster, I began to envision all the possibilities…it was crystal clear to me that live streaming video has as much potential as podcasting, blogging, Facebooking and Twittering combined.

First of all, live is exciting! The knowledge that you are seeing something unfold, in real time right before your eyes is magnetic. Secondly, with live-streaming you get two for the price of one, both a live, interactive show and an on-demand video you can edit and upload to any site you wish. Thirdly, live-streaming manages to be both inclusive and exclusive at the same time. Anyone is free to watch the show and join in the chat room, and anyone can watch the recorded show at a later date,  but only those people who are actually there live get to feel as if they have personal ownership of the content that was created. Lastly, and most significantly, live-streaming is inherently about community.I have long felt that online video soars when it stays true to the interactive platform it is built for, rather than the story telling models we are so used to watching on television. Community – the ability to interact with other people from all over the world, in real time, has been the  greatest differentiator and power of the online world since it’s earliest days. Live-streaming is all about that community.

People come to a live-streamed show from all over the world, not just to see the show, but to see the other people in the chat rooms. Then they come back, episode after episode, partly to see all their chat room friends. So while appointment viewing may seem counterintuitive in a YouTube world, passionate members of your live-streamed show’s community will make a point of putting your show on their calendar. Your live-streamed show? It has now been transformed into an event, and the more your show embraces that community, the more passionate and devoted that community becomes – it’s like Twitter, Facebook and YouTube rolled up into one.

Don’t be! There are so many options and so many of them require nothing more than a computer and an internet connection,and a free account on Ustream or Livestream  or SpreeCast or Justin.tv.  The platform and methods you use depend on what you are trying to achieve…

You can of course, get much more complicated as well. My company, VirtualArtsTV works in the performing arts, specializing in translating live theater, dance and music into a live-streaming event tailored specifically to the online video experience.  In order to make sure our audience is always engaged, excited and leaning forward we utilize multiple cameras in every one one of our shoots, we shoot with a small video screen in mind and keep the action and the cuts moving as quickly as possible. While a lot of sites will facilitate switching multiple cameras right in their software, we go one step further and use Newtek’s marvelous Tricaster – which is simply described as a TV studio in a box.  The demands of translating live performance  into a live streamed event require a much higher level of technology than perhaps a talk-show might, but that is the point. There are so many ways to make live streaming work for you, from a simple one webcam experience to a high definition 8 camera event.
[youtube width=”425″ height=”239″]http://youtu.be/MRO1KOj8MCM[/youtube]
Live-streaming enabled us to engage a world-wide community in the performing arts

A few pointers as you begin to experiment with live streaming

If you haven’t experimented yet with the possibilities of live, now is the time. It is the ultimate, community building, lean forward experience and one of the most exciting, malleable and promising tools of our wired twenty-first century. And if you have experimented with live, what was it like?  What would you do differently next time? And what advice would you give to a live-streaming newbie? 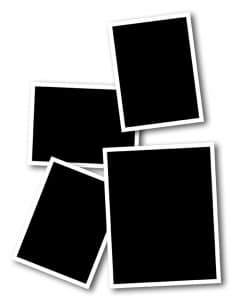