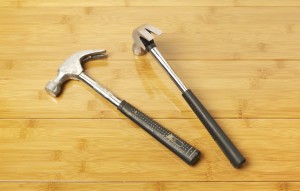 I was listening to a business podcast the other day. It is a show that is hosted by two marketing gurus. They typically offer business advice to listeners who write or call the show.

The hosts had received a question regarding unique ways to market a product. The listener had included a few methods he had used. Host number one rattled off his critique of the methods used and offered a couple of his own. Host number two basically said, “I agree with your assessment and really have nothing further to add.”

If your podcast involves more than one person on the show, you need to have a justifiable reason for each of you to exist on the show. When there are multiple voices on a show, each voice needs a role. One of the hosts is unnecessary if two voices are offering the same information, with the same opinion persona.

There are many podcasts hosted by two co-hosts. Many of those are successful, such as “On The Media” with Brooke Gladstone and Bob Garfield, “Manic Mommies” with Erin and Kristin, and “Mike & Mike in the Morning” with Mike Golic and Mike Greenberg.

Not all two-person podcasts are structured quite as well as these. It seems two friends who have similar interests get together and start a podcast without much planning. The similar interests of the hosts seem to spawn similar opinions and positions on topics.  You should have more reason to form a show than simply being friends with similar interests.

If you and I are hosting a show, and we are both saying roughly the same thing, one of us isn’t necessary.

A great example of two hosts that compliment each other well is the aforementioned “Mike & Mike in the Morning.” You can find the show broadcast on ESPN television and radio as well as their “best of” podcast online. The show recently celebrated its 10-year anniversary.

Both Mikes have an interest in sports. That is the commonality that brought them together. A general interest in the topic is necessary for the subject matter and foundation of the show.

The differing opinions create the magic within the show.

Mike Greenberg was born to a Jewish family. He grew up in New York City. Greenberg went on to study journalism. He worked his entire career in broadcasting, beginning in Chicago, the third largest city in the United States.

Mike Golic was born in suburb of Cleveland, Ohio. He played American football in College while studying finance and management at Catholic University of Notre Dame in Indiana. Golic played professionally in the NFL. He then began his broadcasting career after his playing career ended.

There are multiple approaches you can take on a show with multiple hosts.

This approach would position one host as the nice guy. He is there to help. Always encouraging and supporting the listener.

The second host would be a bit of a jerk. He might have a big ego. This host would be in your face and telling you like it is. He wouldn’t necessarily be mean. However, he would be the antagonist in the show.

There is a three-person version of this called “The Dog, The Doll and The Dork.” This show involves the bad guy (the dog), the good guy (the dork) and the sweet girl to round it out (the doll). The female typically plays mediator between the two guys. This version is heard quite often on radio morning shows.

You can also see “The Dog, The Doll and The Dork” in America’s original version of “American Idol”.

Simon Cowell was “The Dog.” He was the bad guy with the big ego. Simon was the guy everyone loves to hate.

Paula Abdul played the role of “The Doll.” She was sweet while often siding with one of the two guys. She was very likeable. Paula was almost the antidote to Simon.

Randy Jackson was “The Dork.” He would often play the nice guy, even while providing tough criticism. You would hear Randy say something like, “You know you’re my dog, but that just wasn’t good.” Randy could be seen considering the feelings of the contestants.

“American Idol” is currently not as strong, because they’ve lost the role identity of each judge. When you watch the show, you really don’t know what to expect from each judge. Is Randy going to be the nice guy or suddenly play the part of “the Dog”? Roles are inconsistent from show to show.

There are many other varieties of show roles. You could use nerd/jock where one host has “studied it” and one host has “done it.” Liberal/conservative is an option if you can find a co-host with the opposing point of view. Corporation/entrepreneur could offer diverse points of view on business. Male/female is pretty clear. You simply need to select the differences that work for you.

Think of some of the best duos in history. What makes them different (and therefore valuable)? Lennon & McCartney. Abbott & Costello. Siskel & Ebert. Bert & Ernie. Sonny & Cher. Milli Vanilli. Ok, maybe not that one.

Each member in those great partnerships offered something different than their teammate. Often, that difference was the opposite of their counterpart. Sometimes, it was simply a different approach. Find those differences that make each of you unique.

The goal of your show is to entertain your audience. Listeners have come to your show to learn something, laugh at something, or be amazed by something. Your job is to create compelling content.

Debates and differing opinions are a great way to stir up emotion with your audience. It doesn’t always need to be an argument. Multiple hosts simply need to offer different information. If both hosts are offering the same content, one of you is just wasting the time of your audience. You are repeating yourself when you could be dishing up new content.

If you host a podcast with multiple people, find each individual voice and use those differences to entertain your audience.  If you are both offering the same information, one of you is unnecessary.