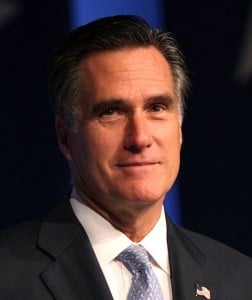 Project ORCA was supposed to be the saving grace for the Republican presidential campaign. In a race that came down to the wire in many states, this new way of organizing Romney’s league of enthusiastic volunteers to monitor voting across the country could have been responsible for swinging the votes his way. Obviously, that did not happen, and in a post entitled “The Unmitigated Disaster Known As Project ORCA” one would-be volunteer, John Ekdahl, outlined exactly  how this project failed. Another disgruntled would-be volunteer shared similar experiences with Brietbart News here.

Now that how has been answered, the remaining question is why. And, importantly, what can we learn from this mess?

Project ORCA was designed to be extremely simple. Using smartphones, volunteers were supposed to be able to easily report who had voted and who had yet to show up at the polls. That way, registered Republicans could be contacted and encouraged to come out to vote.

While the system was fairly uncomplicated for volunteers, the introduction to it was not clear. This is where Project ORCA fell short, and this is where many businesses fall short as well. Simplicity marries design and implementation. One without the other, and you risk failure.

With Project ORCA, volunteers’ questions were not adequately answered during conference calls. They didn’t receive their packets until the night before, and the term “app” confused people (Project ORCA used a mobile website, not an app available on the Android/iPhone store, but they called it a “mobile web app”). Volunteers were not instructed properly about the information they needed to take to their polling location, so many were turned away. Questions to the help line went unanswered.

When you introduce a new technology to your customers, is the implementation as simple as the design? Is your audience prepared for the changes? Are you ready to provide customer support? Have you taken the process out of the users’ hands as much as possible?

More important that simplicity perhaps, is timing. The Republican party waited until the last minute to implement this new system, causing mass chaos on election day. Ekdahl reports attempting to reach out for help so he could still fulfill his promise as a volunteer, but it seems as though the system was overwhelmed with people having problems, so he never received a response. Undoubtedly, many others found themselves in a similar situation.

Despite conference calls about Project ORCA in the weeks leading up to election day, too much was left to the last minute, with no real Plan B in place if problems ensued. The timing was just wrong. Had the kinks been worked out in October or better yet, even earlier, through beta testing and mock election day run-throughs, this initiative might have instead been a success. It may have even changed the course of the election.

I’m sure the Republican party did some testing before the big day. I’m not suggesting they just threw this together and crossed their fingers that it would work. But they didn’t also allow their volunteers to be part of the testing. If you’re introducing a new technology to your audience, whether it’s a brand new ecommerce site, a new interface for a digital product, or something else entirely (like a new way of counting votes at polling locations), you have to give people a chance to test out the system before they need to use it.

Half-Truths and Problems Ahead

What I find most troubling about the reports I’ve been reading from Project ORCA volunteers is that they all seem to have been reassured that problems were localized. Even before election day, it sounds like frankenspeak talons were tightly grasping this entire project. Writes Ekdahl,

“From the very start there were warning signs. After signing up, you were invited to take part in nightly conference calls. The calls were more of the slick marketing speech type than helpful training sessions. There was a lot of “rah-rahs” and lofty talk about how this would change the ballgame.”

Never underestimate your audience like this. People don’t want to hear half-truths and false flattery. They want answers to their questions and help with their problems. Nothing will sink a business faster than their customer base feeling like they’re being fed lies.

No matter where your political loyalties lie, I think we can all agree that Republicans have some rough roads ahead. It’s arguable whether the success of Project ORCA could have changed the tide, but it’s inarguable that it’s failure is making many uneasy about party management. This is perhaps the most important lesson businesses need to learn from the Republican party and the downfall of Project ORCA: the seas won’t always be smooth sailing, but when problems arise, how you manage your audience, especially through online channels, will set the course for the future.

Where is your business headed?