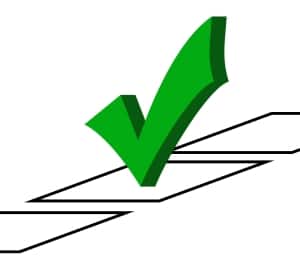 Social media managers have definitely been known to get themselves into hot water. For example, during a presidential debate, KitchenAid made a very insulting joke at President Obama’s expense, due to an employee who tweeted from the company account rather than a personal account. This certainly isn’t the first time a rogue tweet has made the news, and I’m sure it won’t be the last either.

Whether you’re tweeting on behalf of your employer or just tweeting from your personal account, what you say matters. Your tweets reflect on you and everyone who chooses to interact with you, including family members, co-workers and employers, and friends. So it doesn’t really matter if the tweet in my example came from KitchenAid’s account or the user’s personal account. It was still something the person should have thought twice about tweeting.

You can’t really erase something you’ve said online. People are quick to take screenshots, so just because you delete something in one place doesn’t mean it isn’t out there. And yes, digital blacklists do exist, so a single tweet can cause you to lose sponsorship deals, employment opportunities, and even friends.

So before you tweet, here are ten things to ask yourself:

Mistakes happen. I can’t count how many times I’ve accidentally tweeted from the wrong account or with a broken link. But even when I make a mistake, it’s not a big deal because I’m careful about what I say on Twitter regardless of the account I’m using.

The moral of today’s story? Be careful what you say online. Statements have a way of coming back to haunt you in ways you can’t imagine. Err on the side of caution, especially if you’re managing multiple accounts, and remember: just because you can say something online, doesn’t mean you should.