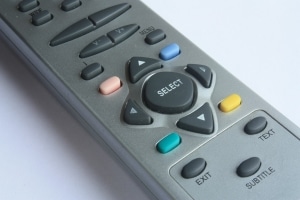 Community is absolutely necessary if you want to grow your content online, but I think some people allow too much community involvement. You might be letting the wrong people control too much. I was recently reading a post on Marketing Profs by Matthew Grant, and he threw out a very insightful quote about business:

In the business world, this absolutely makes sense. The CEO of your company needs to be a leader, making the hard decisions and guiding the team. It’s important to build a team of employees you trust and to value their opinions, but ultimately, it’s up to you to have final say on everything. Everybody should have a voice, but not everybody should have a vote.

Why shouldn’t the same be true of your blog, podcast, or web series/videos? You can call yourself by whatever title strikes your fancy, but you’re the CEO. It’s time to take control of your content.

Listening to Your Community

Before I tell you why you shouldn’t do everything your community wants you to do, let me make it clear, that just like Tom and Matthew, I agree with the idea that everyone should have a voice. Your community members are comparable to your employees in this way – it makes sense to listen to what they have to say. Here’s why:

So yes, definitely listen to your community. Just be selective with the advice you take.

The Dangers of Crowdsourcing the Decision Making Process

Sometimes, it can be really cool to allow your community to make a decision for you. For example, some travel bloggers let everyone vote on where they’ll be traveling next. But most of the time, leaving an important content decision in the hands of your fans is a recipe for disaster. Why?

The bottom line is that your content is your responsibility. What your community has to say does matter, but only to a point. Ultimately, you have to take control of the situation and make a final decision.

If you’re interested in learning more about both content and community management, check out our upcoming conference in Las Vegas. NMX 2013 is shaping up to have awesome education in both areas!