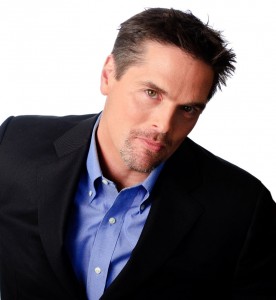 Mark Fidelman has joined New Media Expo as Conference Director of BusinessNext Social (formerly known as our Social Media Business Summit). Mark is a columnist for Forbes, writing its “Socialized and Mobilized” column and is also the author of the book, SOCIALIZED!. For more than 20 years, he has worked in technology sales and marketing with companies such as A.T. Kearney, EDS, CT Space, Autodesk, and strategic partners Microsoft and IBM. He is internationally-recognized for being at the forefront of subjects such as social and mobile business and mobile social networks.

As most of you know, our conference for business leaders takes place over the same three days as our conference for bloggers, podcasters, and Web TV & video producers. However, the content is geared specifically to help small to large businesses leverage social media communication, technology, and marketing. With Mark on the team, the event will be undergoing some exciting changes. “In addition to educational sessions with actionable take-aways, we’ll be adding new features such as Meet the Pros, where attendees will be able to meet with industry professionals in a small group setting for targeted Q&A sessions. We’ll also be hosting icons and influencers from the new media space and conducting on-stage interviews with them.” Another great thing that will be part of BusinessNext Social is a new form of speed dating where business leaders and brands can connect with online influencers and content creators.

BusinessNext Social will take place at the same time as New Media Expo–in Las Vegas at the Rio All-Suite Hotel & Casino on January 6-8, 2013 (confirmed speaker info below). If you’re a marketing exec, CEO, PR pro, community manager, or simply need to learn how to navigate the social web for business, be sure to register early for the best pricing (current discount pricing valid through this Friday, September 28).

You can connect with Mark on Twitter at @markfidelman.

Confirmed Presenters for BusinessNext Social include:

Matthew Michelsen, a serial entrepreneur residing in San Diego, California, is the CEO and Founder of The Backplane, an online platform that allows fans to build all-encompassing e-communities. The Backpane is powered, in part, by one of the largest digital footprints on the web, Lady Gaga’s social media community, (www.littlemonsters.com). Matt is creating a new social web corridor to unite people around interests, affinities, and movements. He has been successful scaling companies in finance, retail, and now media. As a former paratrooper in the United States Army Airborne Division, Matthew’s career began after he received his Bachelors of Science degree from the University of Rhode Island.

Tyler Winklevoss is a Founder of Winklevoss Capital, a company that focuses on making investments in disruptive technology start-ups. Winklevoss began his early career while studying at Harvard University as a co-founder of the social network ConnectU, originally known as Harvard Connection. Along with his twin brother Cameron, Tyler was at the beginning of web 2.0. On top of co-founding ConnectU, Tyler and his brother attended the 2008 Beijing Olympics as rowing partners. His story, now immortalized on the silver screen in The Social Network involves a roller-coaster journey in tech that began in a Harvard dorm room in 2003 and continues today as an angel investor.

Cameron Winklevoss is a founder of Winklevoss Capital and Olympic athlete that began his early career while attending Harvard University. While at Harvard, Cameron, his twin brother Tyler, and one other student began the popular networking site, ConnectU, previously known as Harvard Connection. This creation put Cameron at the beginning of Web 2.0. In addition to his involvement with ConnectU, Cameron was also a co-founder and the media site publisher of Guest of a Guest, an online media company that covers high society events, people, and places. His newest endeavor as a Venture Capitalist with Winklevoss Capital focuses on early-stage disruptive start-up companies. Cameron became most famous for his depiction in the film, The Social Network.

Scott Abel believes content is a business asset that’s worthy of being managed efficiently and effectively. And, he’s not alone. As the man behind the curtain at The Content Wrangler, an internally-renowned content strategy consulting firm, Scott helps organizations think differently about the way they plan, create, manage, and deliver content. All types of content. To all types of people. In many languages. For pretty much any purpose imaginable.

Emmy-winning former NBC and Wall Street Journal reporter, now Forbes columnist, Huffington Post blogger and speaker on communicating-to-connect, being frequently-quoted, and making consumer-serving places and events more memorable by storyboarding them. Kare helps organizations stand out and build esprit de corps by creating employee-driven ambassador programs that strengthen stakeholder relationships. She is the author of Moving From Me to We.

Jacob is the principal and co-founder of Chess Media Group, a management consulting and strategic advisory firm on employee, customer, and partner collaboration. Jacob is also the author of The Collaborative Organization (McGraw Hill, July 2012) which is the first comprehensive strategy guide to emergent collaboration in the workplace. The book has become a best-seller and is endorsed by leaders such as the former CIO of the USA, CMO of Dell, CEO of Unisys, CIO of ManpowerGroup, CMO of SAP, Chair of the MIT Sloan Management Review, and dozens of others.

Speakers are being added to the presenter roster regularly, so stay tuned for more information.