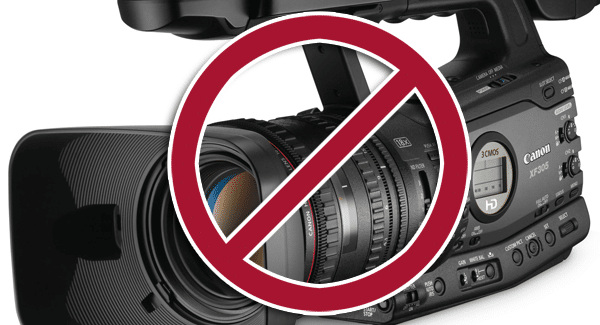 It has taken me a long, long time to jump into video production. Even now, I am not enthusiastic about it, and I much prefer audio. Video versions of my podcasts have been put up on YouTube, but not in the past many weeks…I just can’t seem to commit to it. I thought long and hard about this for about 15 minutes and came up with five reasons I prefer audio podcasting to video podcasting and web TV.

If you have seen me at various conferences or seen any of the videos that I’ve produced, you’ll recognize the hat that I always wear (it’s in my profile photo at the end of this very article as well). It’s become a bit of a running joke that nobody has ever seen me without it. Well, there’s a reason for that. I’m not the most self-conscious person in the world about these things, but just enough that I am not often eager to jump in front of a camera—not without my trusty black Kangol, at least.

2. Video is more expensive to produce

Well, yes, you could do a video podcast with a camera built into a laptop and the internal microphone. You could do one using that camera and a cheap USB headset, certainly. It won’t look very good, but you can do it. If we’re talking high-quality audio podcasts vs. high-quality video podcasts though, video is more expensive. You’ll want to get a decent camera for a hundred dollars or more. Storage is going to be an issue, unless you want to use YouTube or a similar service. Video files run very, very large. Storing and serving them from a media host or from a service like Amazon S3 can add up. You may want to spend some money building or decorating a set, whether it’s just a room in your house or someplace else. Don’t forget lighting! Without proper lights, your video will look grainy, washed out or out-of-balance, and that can have strange effects on your appearance.

This is also me in poor lighting.

Everything that will be seen on camera needs to be considered.

You’ve seen it on television and in movies. A character is talking on the phone to someone he is not enjoying talking to, so he starts rolling his eyes, making gestures and generally expressing himself in ways he wouldn’t want the caller to see. No doubt you’ve done this yourself—who among us hasn’t silently mimed smashing the phone to bits when talking to a girlfriend or boyfriend? Nobody, that’s who.

Web TV or video podcasts make it impossible to express annoyance, irritation or “OMG WHY AM I TALKING TO THIS IDIOT?!” with a guest or co-host because that camera is always on. Even if you’re not doing the conversation via live video, your show will be seen by the other party later on. Every moment of your show now requires you to be an actor. You can’t look disinterested. Your gaze can’t wander the room, you need to look like you’re paying attention at all times because it’s not enough to pay attention in your headphones, now you have viewers judging your performance. I myself have considered acting lessons. 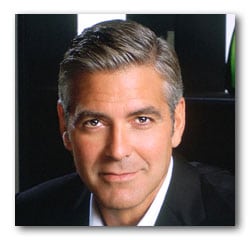 But Clooney won’t return my calls.

Different audio setups will have different files to work with, but for my setup, I record a WAV file that turns out to be anywhere from 500-800 MB per show, depending on the length of the episode. I edit that WAV file in Adobe Audition, apply a filter or two, and export the show to MP3. The whole process takes maybe five minutes, and that’s if I stop to check Facebook while I’m working. Video, on the other hand…

The first time estimate. I’m not waiting for the update to get a more dramatic screenshot, sorry.

This is Adobe Premiere rendering an episode. The show was a bit over an hour long, and it took three days to finish. Each video file (mine and each of my two co-hosts) was over 2 GB. My computer isn’t state-of-the-art, it’s a 2009 Macbook Pro with 8 GB of RAM, but still…three days. Sure, I can make the video’s dimensions smaller, or I could just not do picture-in-picture with my co-hosts, or I could skip the intro and the graphics…but if you’re not doing a good-looking video, what’s the point?

5. …because video is more complicated

Well, it’s like I said. Picture-in-picture, intros, graphics. In order to make a professional-looking video podcast, you need professional-level elements, and you need to be able to put them together. Editing video is a lot like editing audio; it’s all done in multitrack editors. The software is a lot more complicated when editing video, however. Audio and video tracks are often separated, insertion of elements is more complicated with video. Filters, transitions and effects abound in video editing, whereas audio filters and effects are less numerous.

So, here I am, audio podcasting guy totally dissing video (though totally not dissing people that do it because frankly, I’m jealous). What do you have to say to someone like me that isn’t really keen on video? Do you think you can convince me to double down and push video versions of my shows? I want to hear from you in the comments below. Let’s talk about video.